The event was to be held Thursday at his Mar-a-Lago resort in Florida.

The announcement came minutes after the January 6 Congressional Committee sent a letter to Fox News host Sean Hannity seeking his cooperation into the probe. In the letter, the panel revealed text messages Hannity sent before, during and after the riot.

“I am canceling the January 6th Press Conference at Mar-a-Lago on Thursday,” Trump said in a statement.” “Instead will discuss many of those important topics at my rally on Saturday, January 15th, in Arizona—It will be a big crowd!” 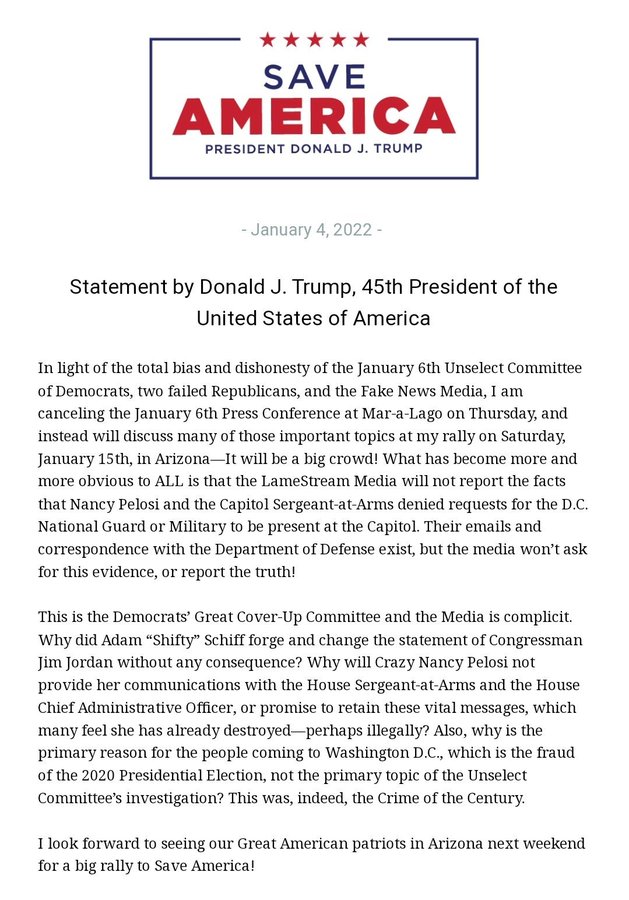 Jan. 6 Committee reveals texts between Hannity & Trump White House before, during and after riot: https://t.co/gWqqqsSafR pic.twitter.com/qIshpBkqaq