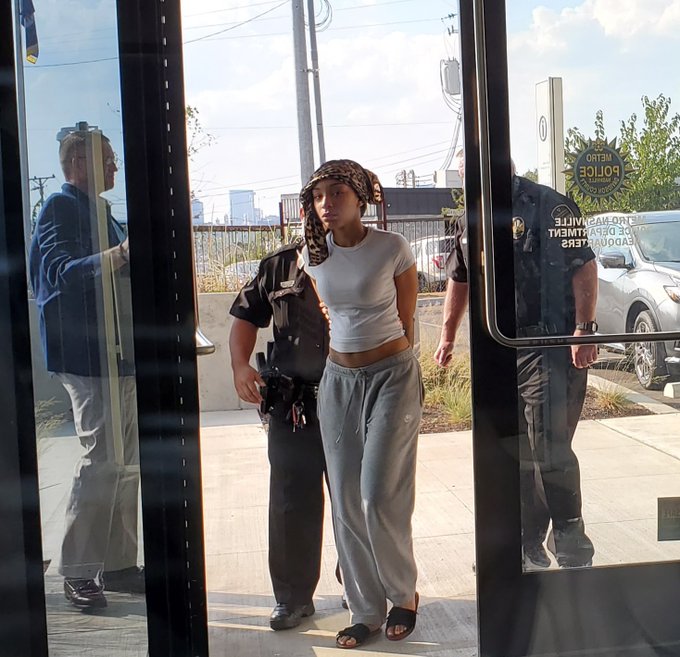 NASHVILLE, Tennessee — More than two months of investigation into the July 7 fatal apartment fire at the Hickory Lake complex on Apache Trail that claimed the life of 9-month-old Jream Jenkins resulted in this afternoon’s arrest of the infant girl’s mother, Ryana Davenport, on a 1st degree felony murder indictment. Davenport, 24, is also facing two counts of aggravated child neglect, four counts of child neglect, and two counts of aggravated child endangerment in relation to injuries suffered by five other children, including her son, Jerez Broadnex, age 2, who continues to be hospitalized at Vanderbilt.

The investigation, led by Youth Services Detective Chris Bowden with assistance from Fire Department Investigator Roy Watson, concluded that the six children were left in Davenport’s apartment alone while Davenport and Smith went to a Madison nightclub. There is no evidence that a babysitter was ever present. Candles lit prior to the women leaving the apartment are believed to have started the fire. They are suspected of medicating the children so that they would sleep while they were away.

Passersby saw the fire at 2:45 a.m. on the morning of July 7 and reported it. They said Smith’s six-year-old son ran out of the building screaming that his siblings were inside. The mothers returned to the apartment complex after firefighters and police officers were on the scene.

Davenport, who was taken into custody at Vanderbilt Children’s Hospital, is jailed in lieu of $250,000 bond. Smith, who surrendered for booking on the indictment this morning, is being held in lieu of $150,000 bond. Their arraignment before a Criminal Court judge is pending.