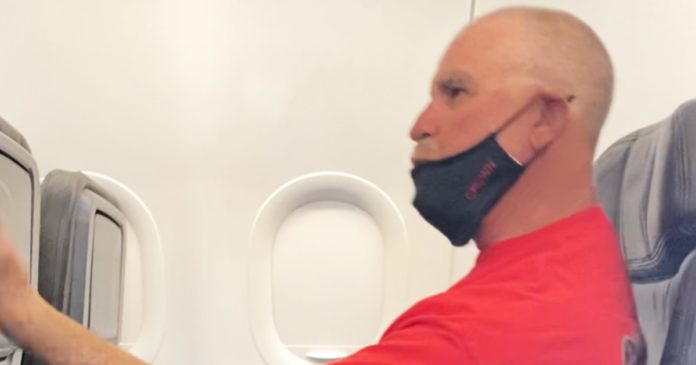 A passenger is giving an American Airlines flight crew praise for the way they handled a belligerent passenger on the flight from Los Angeles to Salt Lake City.

Huge thanks to the impressively professional @AmericanAir crew who had to deal with this guy flying from @flyLAXairport to @slcairport . He began by yelling at the Asian woman in front of me to sit down when she was standing to deal with a back issue. pic.twitter.com/VBCtkPtlu3

He proceeded to tell multiple flight attendants that she and her companion “didn’t belong here.” The crew had the passenger pilot sitting next to me and I switch seats with the couple. After asking him to calm down the man went into a complete meltdown. pic.twitter.com/HgKEe69K8o

It all culminated in his arrest at the gate. We were lucky to have such a well trained crew who kept their cool throughout the flight! pic.twitter.com/XCQ99Lkfot