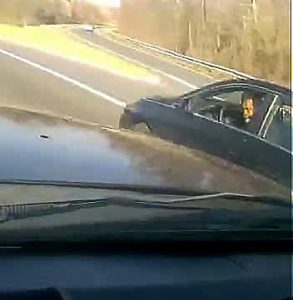 PIKESVILLE, MD – As the investigation continues into a fatal road rage incident that claimed the life of a tow truck driver in Prince George’s County, police are releasing video footage and asking anyone with relevant information to contact the Maryland State Police Homicide Unit.

On Saturday, March 19, 2022, Delonte Hicks, a 29-year-old tow truck driver, of Washington, D.C. was shot while traveling on eastbound Route 50 at Veterans Parkway in Prince George’s County. At approximately 5:45 p.m. police believe Hicks was exchanging words with the driver of a black passenger car when he pulled out a weapon and fired into the vehicle, striking Hicks. The gunman continued eastbound on Route 50.

Investigators have just now released video footage from a camera located inside the tow truck.

Maryland State Police homicide detectives continue the investigation and urge anyone with information relevant to this incident to call or text 410-929-0802. All callers may remain confidential.