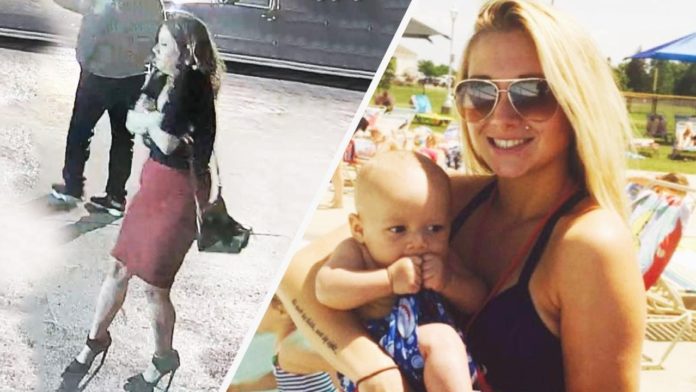 An autopsy was performed at the State Medical Examiner’s Office in Frankfort. As a result the autopsy the human remains that were located last night in Garrard County have been identified as Savannah Spurlock, who went missing on January 5th after leaving a Lexington bar with three individuals. Spurlock gave birth to twins just four weeks earlier.

After disappearing in January, the mother of four was reported as a missing person to the Richmond Police Department, who has been following up on tips and leads about her disappearance over the past 6 months. Multiple searches by RPD, KSP, local police agencies, and volunteers have occurred throughout Garrard County & central Kentucky. As part of the initial investigation by Richmond PD, the three men last seen with Savannah Spurlock were identified and interviewed, one of which was David Sparks.

The investigation indicates that Spurlock was seen at the residence of Sparks during the morning hours of January 5th.

Spurlock’s remains were found on property belonging to Sparks’ family after someone called police regarding a foul odor.

Sparks has been arrested on suspicion of abuse of a corpse and tampering with physical evidence — more charges are expected.

WTVQ reported: A Kentucky State Police detective testified in court that Spurlock was found in a grave dug 19-inches deep, wrapped in several black plastic trash bags, her feet bound with tape and her body folded over. A rug was also found placed behind her back.

The detective says the rug found buried with Spurlock came from Sparks’ bedroom at his Price Court home in Garrard County and that Sparks sent a text message to his sister, asking her where she got the rug. He was later seen on surveillance video at Walmart buying a new rug like the one found with Spurlock’s body, according to the detective.

Cops searched the property months ago and did not locate Spurlock’s body.

“I don’t believe there’s any indication that she was placed there recently,” he said. “I think that the odor (from the remains) … that’s what led us there.”

Sparks has been arrested on suspicion of abuse of a corpse and tampering with physical evidence — more charges are expected.

A cause of death or motive was not revealed.

“Over the coming days our detectives will continue their investigation into what led to the death of Savannah Spurlock,” police said, “at which time additional information may be released.”