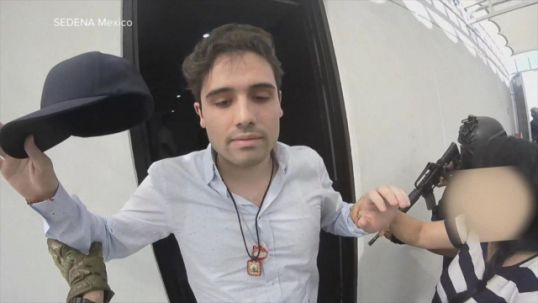 This video released by the Mexican government shows the moment security forces captured Ovidio Guzman Lopez, a leader of the Sinaloa cartel and the son of Joaquin “El Chapo” Guzman, in the city of Culiacan on Oct. 17. Guzman is seen surrendering to authorities, who ask him to make a phone call to a cartel associate to ask cartel fighters to stand down. Mexican authorities ultimately released Guzman after the Sinaloa cartel took control of much of the city, taking hostage several soldiers in another part of town and surrounding a housing complex for the families of military personnel.