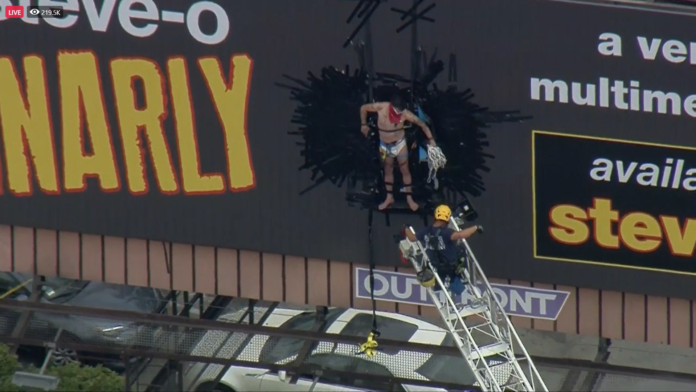 “Jackass” star Steve-O duct taped himself up to a billboard in Hollywood during a publicity stunt on Thursday morning, the Los Angeles Fire Department responded and removed him.

The fire department is now attempting to remove Steve-O from the billboard – https://t.co/F6enuJR9yG pic.twitter.com/b9UxzqnsTX