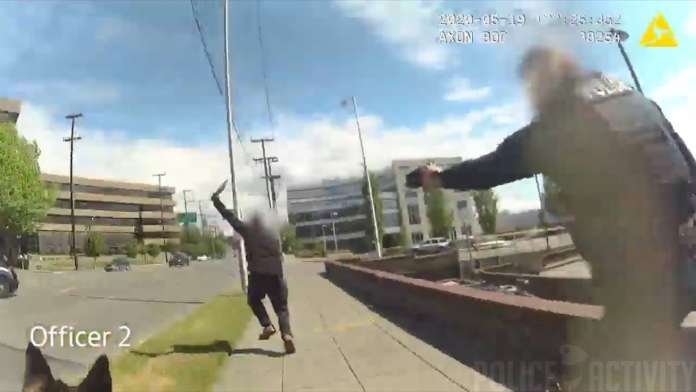 On Tuesday, at about 3:20PM, officers responded to several 911 calls reporting that a man was brandishing knives at the intersection of West Harrison Street and Elliott Avenue West. Callers further stated that the subject was chasing and threatening people.

After a Taser deployment, two officers fired their service weapons, striking the man.