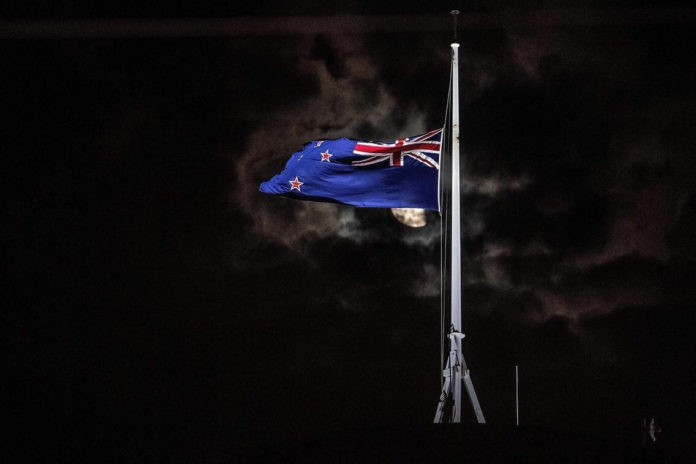 CHRISTCHURCH — Forty-nine people are dead and 48 injured in New Zealand after at least one shooter opened fire inside two mosques during prayer times within the centre of a quiet city on Friday.

Prime Minister Jacinda Arden called the incident “a terrorist attack” and initially said it was one of New Zealand’s “darkest days”. An outpouring of support has come from across the world.

A man who has described as being in his late twenties has been charged with murder and will appear in court Saturday local time. This suspect is the same who posted video of his assault on one of the mosques. 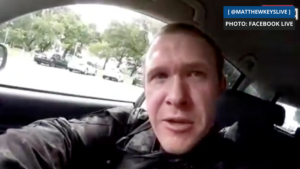 This black-clad caucasian man was initially identified by journalist Matthew Keys as Brenton Tarrant, 28, who appeared to publish a manifesto previous to the shooting that outlines his choice of location and beliefs. His name has not yet been confirmed by police.

In the video, which has been seen by Breaking911, the gunman plays music and makes casual comments about the attack on the first mosque, before it is cut off as he drives to a second location.

Two other men and a woman were also initially arrested. Since then, one man has been released without charges and the remaining pair in custody are still being questioned by police.

Friday marked the first mass shooting since 1990 and the deadliest in the country’s known history.

The city has started mourning the attacks as it heads into Saturday, with vigils being set up outside the crime scenes and condolences coming in from around the world.

U.S. President Donald Trump, who the shooter says he supports in his manifesto, said “my warmest sympathy and best wishes goes out to the people of New Zealand after the horrible massacre in the Mosques.”

“The U.S. stands by New Zealand for anything we can do. God bless all!”

World leaders from Australia, India and many others have given their condolences and marked their support.

How did it happen?

The first report of an attack came from the Al Noor Mosque at 1:40 p.m., located in central Christchurch. Witnesses told local media they ran for their lives, and saw people bleeding on the ground outside the building as a gunman fired indiscriminately inside.

The gunman reportedly then drove some 5 k.m. to another mosque in Linwood where further shooting took place. Bush said it was not clear where the final arrests were made.

Forty-one people died at the first mosque and eight were killed at the second. More could still die as several people are in serious condition at Christchurch Hospital.

Authorities advised all mosques in the city to shut down until further notice and people to avoid visiting the Muslim centres across the country. Armed police were also seen at Papanui High School in Christchurch, which was cordoned off.

Bush said a number of firearms had been recovered from both shooting sites, and explosive devices were found in a car belonging to one of the suspects.