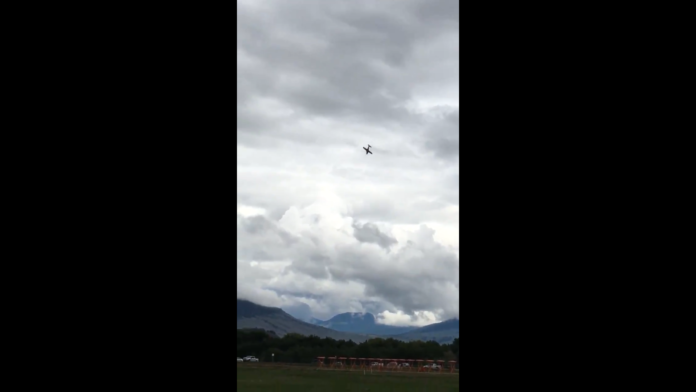 A Canadian Snowbirds jet crashed in Kamloops, British Columbia during a demonstration Sunday. One member of the Royal Canadian Air Force was killed and another was seriously wounded.

Video appeared to show two people eject from the aircraft before the fiery crash.

A witness told Global News, “The plane did a barrel roll, and shortly after the barrel roll there was a spark and the pilot ejected. Then the plane took a nosedive and went straight down.”

“I’m just just hoping that everyone’s OK. I hope that, you know, whatever happened happened and that the pilots are OK and whoever was in the house is OK.”

It is with heavy hearts that we announce that one member of the CF Snowbirds team has died and one has sustained serious injuries. We can confirm that we have contacted all primary family members of those involved. More information will be communicated in the near future.

A house in the area was also set ablaze but no one on the ground was injured.

Here's a video that was sent to us at @RadioNLNews from earlier this morning. #Kamloops pic.twitter.com/hc61YWscmQ