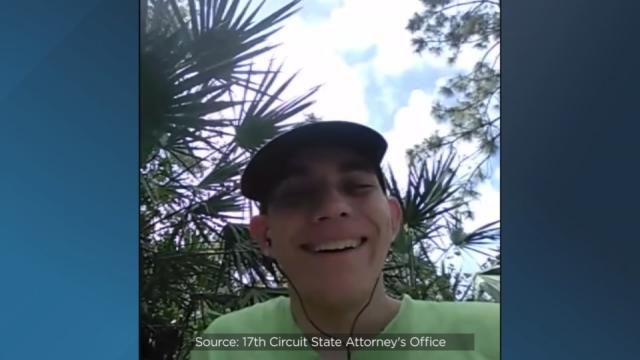 A redacted report regarding accused Parkland shooter Nikolas Cruz has been made public.

Following the February 2018 massacre at Marjory Stoneman Douglas High School in Parkland, Florida, the alleged gunman was grilled by a detective for 11 hours throughout the night and into the next morning. Cruz confessed to the crimes and also revealed much more.

At one point during the interview, Cruz tells the detective, after being offered a glass of water, “just fucking kill me!”

READ NEXT: Florida Gunman’s Brother Overheard Bragging About How Many Girls They Could Get, Prosecutor Says

He also claimed he had attempted suicide two months before the murders. Cruz said he was on Xanax, and tried to commit suicide by overdosing on Ibuprofen.

On the day of the attack, seventeen students and staff members were killed—over a dozen more were injured.

Cruz was arrested in Coral Springs by the Broward County Sheriff’s Office shortly after he escaped the scene; Cruz had purchased food at Walmart and McDonald’s restaurants after leaving the scene of the shooting.

He was charged with 17 counts of premeditated murder and 17 counts of attempted murder. Police and prosecutors have not yet offered a motive and are investigating “a pattern of disciplinary issues and unnerving behavior.”