MONTEREY PARK, Calif. – Ten people were killed and another ten were injured in a shooting overnight that took place at a ballroom dance studio in Monterey Park, California during Lunar New Year celebrations, police said.

The authorities are currently searching for the gunman, who may have attempted to target a second dance hall in Alhambra, California.

LA County Sheriff Robert Luna said that it is unclear whether the two events are connected, but that it is being investigated.

“We believe that there’s an incident that may be related,” Luna said. “It’s definitely on our radar screen.

A suspect, described as male Asian, was seen entering the Alhambra club with a gun and was disarmed before he fled. 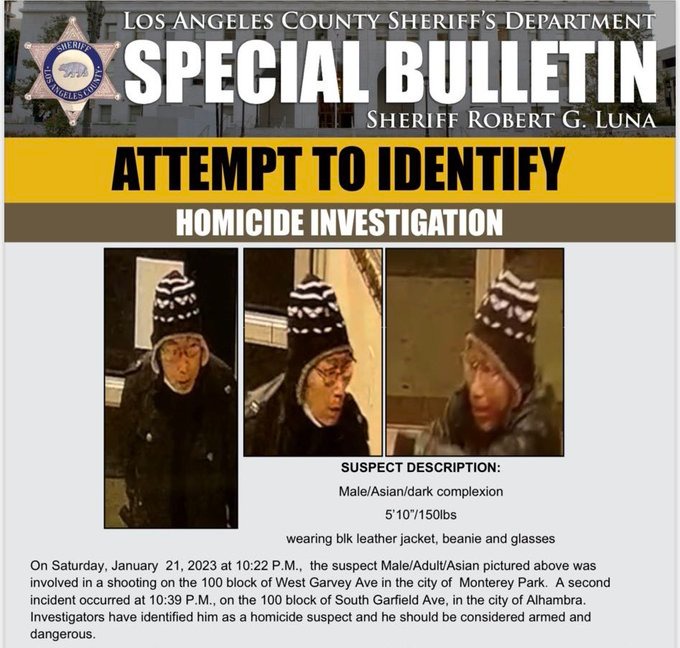 The sheriff also stated that a white cargo van was spotted in the area, and the gun used in Monterey Park was not an assault rifle.

Watch the press conference below: