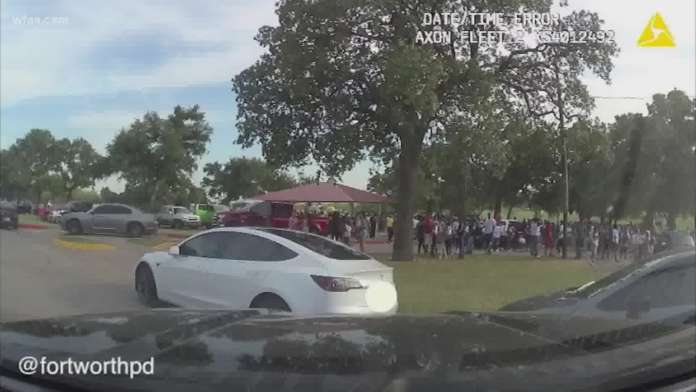 FORT WORTH, Texas — On 5/10/2020 at approximately 5:45 p.m., East Division Officers began addressing city ordinance violations, such as people riding ATV’s and drinking alcohol in a city park, at this location while attempting to disperse a growing crowd. Officers began addressing the crowd, which has been estimated to consist of about 400 people, and requested that they disperse. There were approximately five Fort Worth Officers in the park in marked police vehicles, some using their public address systems and sirens, to encourage the crowd to disperse. A Police Supervisor at the scene began repeatedly ordering the crowd to leave the park using his public address system. Numerous gunshots soon rang out and many fled the scene; this was captured by a police vehicle in-car camera system. Officers quickly ran to the aid of those wounded and summoned emergency medical attention while other officers began searching for those involved.

The FWPD Gang Unit is continuing to investigate and all five shooting victims are expected to recover. No other details were released.