TEXAS — On Saturday, deputies with Constable Mark Herman’s Office responded to the 16510 block of the North Freeway in reference to a welfare check. The San Jacinto County Sheriff’s Office advised that an eighteen year old female had been kidnapped and was being held against her will.

During the investigation, the victim’s cellphone was pinged to the 14600 block of Walters Road. Deputies relocated to the area and were able to locate the victim and a sixteen year old female sitting in a vehicle at a corner store parking lot.

It was discovered that the suspect had fled the scene on foot, but after an extensive search of the area, Constable Deputies were able to locate and identify him as Tevin McClendon. 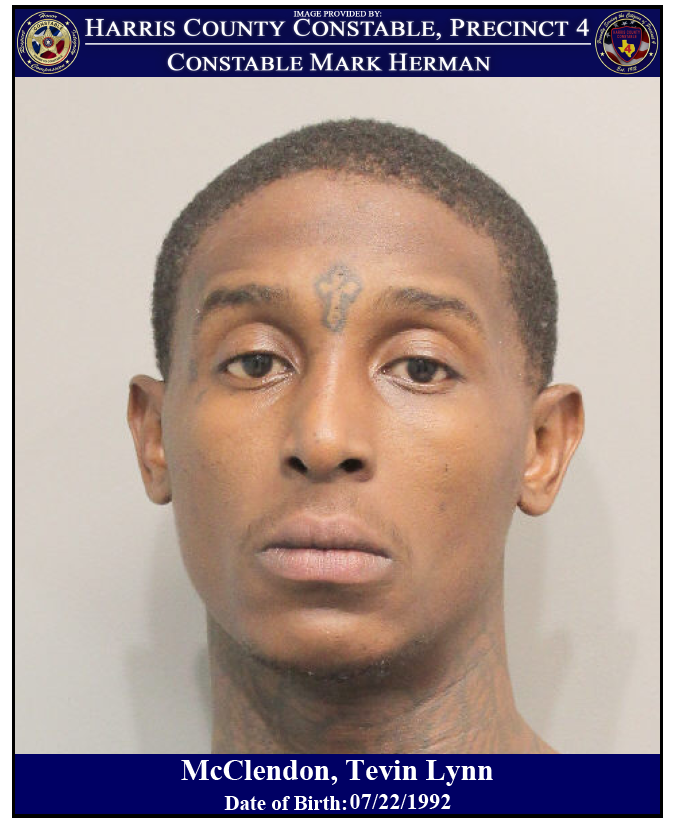 Further investigation revealed that he kidnapped the victim while brandishing a handgun, then took her to a motel, sexually assaulted her and had intentions on taking her to Louisiana where he told her he would force her to have sex for money.

The victim was later released to her mother after being evaluated at a local hospital.

Constable Mark Herman said, “Tevin McClendon was found to have outstanding felony warrants for Aggravated Assault-Family Member and a Parole Violation Warrant for Evading Arrest in a Motor Vehicle. Charges for the offenses of Human Trafficking, Kidnapping, and Sexual Assault will be filed on a later date, pending further investigation. The sixteen year old juvenile was also arrested for an outstanding Probation Violation for the offense of Robbery through the Juvenile Justice Department.”