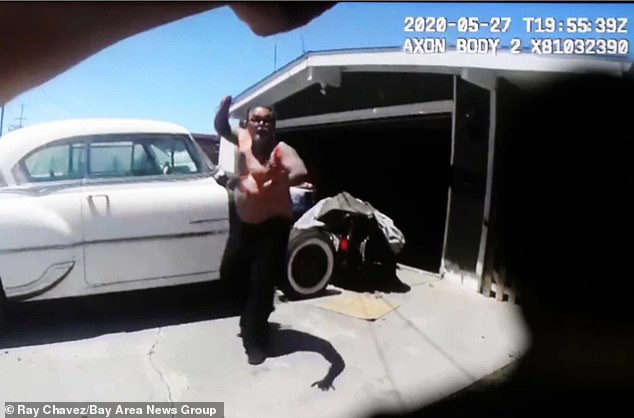 Hayward, California — On May 27, at about 12:44 PM officers responded to a call for service of a suspicious person in the area of Bahama Avenue and Sleepy Hollow Avenue. Community members called to report that a man on a motorcycle was chasing someone and banging on doors in the neighborhood.

Our officers located the involved man. During the contact, an officer discharged his service weapon after the man approached officers with a weapon. At this point, we are still investigating to determine what else led to that outcome.

The man, in his 60’s, was transported to the hospital.

Police Chief Chaplin said the suspect took responsibility before being released from the hospital. “He admitted to retrieving the knife and lunging at the officers with a knife and he apologized,” Chaplin claimed. “He said basically, it was his fault.” The suspect was booked into the Santa Rita Jail, and currently faces a charge of assault with a deadly weapon against a police officer.