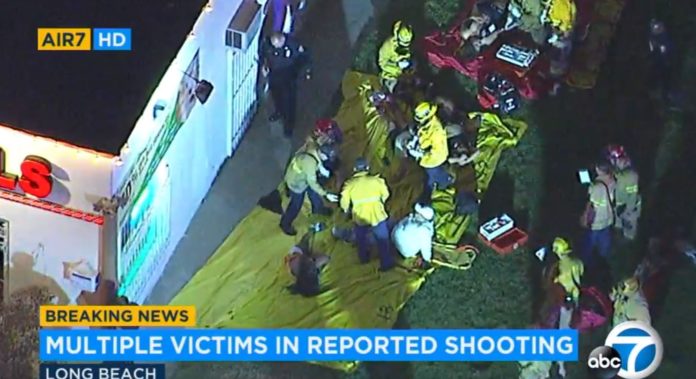 Eight people have been charged in connection with a mass shooting at a Halloween-themed birthday party in Long Beach last year that killed three people and injured nine others.

Officials say the suspects believed they were shooting at a group of rival gang members when in fact, they had the wrong location and the victims were innocent.

The defendants face the death penalty or life in prison without the possibility of parole if convicted as charged. A decision on whether to seek capital punishment will be made at a later date.