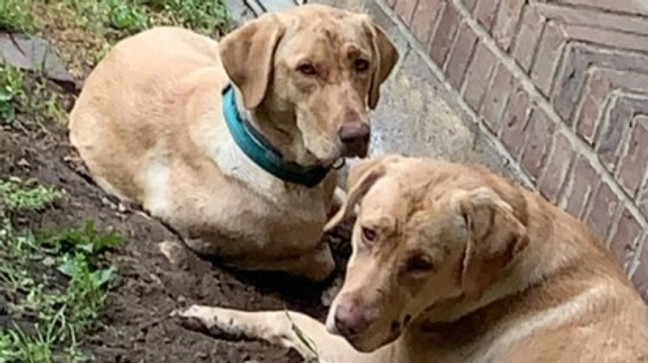 ASHLAND CITY, Tennessee — A local Sheriff in Middle Tennessee says two missing dogs were found shot to death, placed back-to-back and wrapped in Christmas lights and holly branches. The disturbing news has shocked the small community — but the County Sheriff later insisted the animals weren’t ‘decorated’ by a ‘monster.’

“In these holly branches there are remnants of Christmas lights that appear to have been left in the branches for an extended period of time,” Sheriff Mike Breedlove said. “The lights are/were wrapped around several branches and almost knotted around them at other points. The lights found on the remains of the dog were not put there in a manner to ‘decorate’ the corpse of the animals but if for any purpose may have been used as a ‘drag line’ due to the state of the remains.”

“These factors do not minimize the severity of the crime committed but are merely shared to help assure the public at large that while there is a crime we are investigating, it is not the pursuit of a ‘monster’ that takes satisfaction in the desecration and mutilation of someone’s pet,” the sheriff’s office said.

The motive for the killings remains unclear.