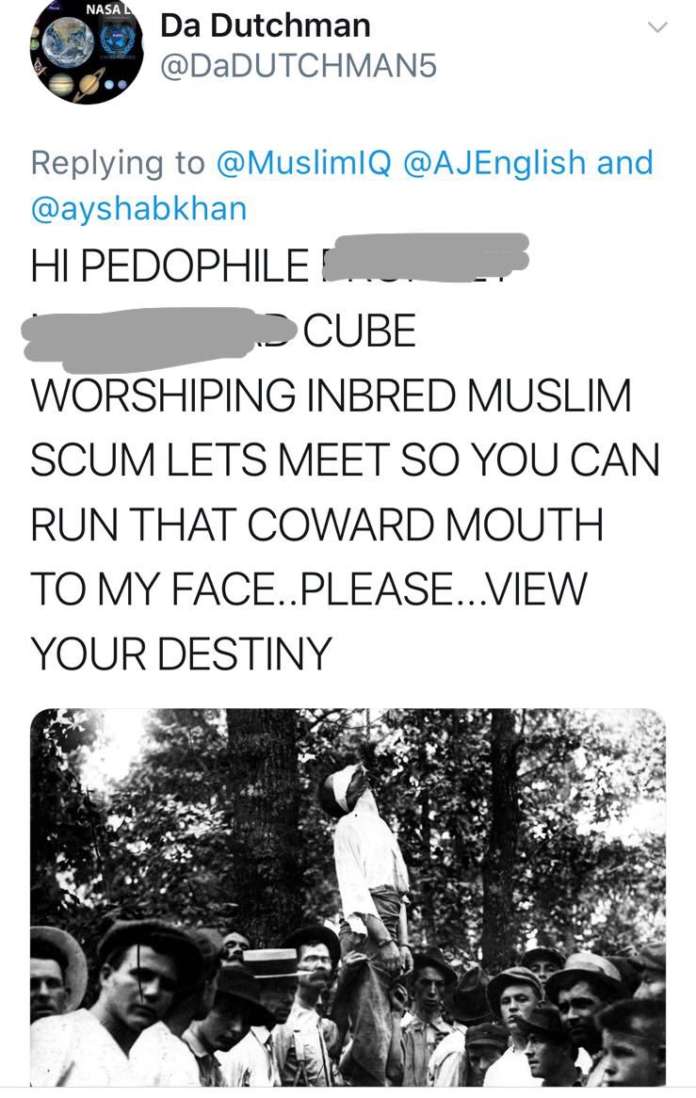 ASHEVILLE, N.C. – A federal jury in Asheville has convicted Joseph Cecil Vandevere, 53, of Black Mountain, N.C. for using social media to communicate interstate threats to a Muslim-American man who ran for a state Senate seat in Virginia.

“Using social media to communicate threats does not qualify as free speech,” said U.S. Attorney Murray. “A threat is a threat, whether it’s communicated face-to-face, in writing, or online. My office will hold accountable those who use any online form of communication to transmit threats.”

“Social media allows you to share your views with the world in seconds, but it does not give you the right to threaten violence against others. The FBI stands ready to investigate whenever threatening language crosses the line to a crime,” said Special Agent in Charge Strong.

According to filed court documents and evidence presented at trial, on March 13, 2018, Twitter user @DaDUTCHMAN5, later identified as Vandevere, used his social media account to send a message that contained a threat to injure an individual identified in court records as Q.R. In the message, Vandevere sent Q.R. a picture of a lynching accompanied by a death threat. According to trial evidence, FBI agents interviewed Vandevere on July 18, 2018, at which time he admitted to using social media under pseudonyms to send threatening messages. Trial evidence further established that Vandevere sent the death threat to Q.R. because he did not agree with Q.R.’s beliefs.

Hey @twitter this white supremacist @DaDUTCHMAN5 is threatening me with lynching b/c I am a Muslim.

Vandevere was convicted of making a threatening communication to injure another person through interstate commerce, which carries a maximum prison term of five years and a $250,000 fine. A sentencing date has not been set.