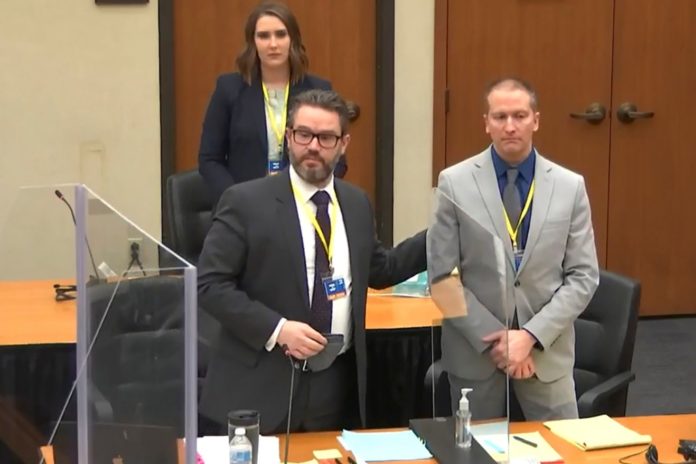 William John Hartnett admitted that on April 6, from his location in Miami, he called the Minnesota Police and Peace Officers Association (“MPPOA”) in St. Paul, an organization that funded Chauvin’s defense. Hartnett left an 18-second message on MPPOA’s voicemail in which he threatened to kill Eric Nelson, Chauvin’s defense lawyer. In his message, Hartnett yelled: “Hey you and your whole f—— family are going to f—— die, you motherf—–, for representing Chauvin, a f—— murderer. Now, you all are going to f—— die a worse death than Floyd, you motherf—–. All of you piece of s—-.”

Hartnett pled guilty to one count of transmitting a threat through interstate communications.  He faces a maximum statutory sentence of five years in prison.