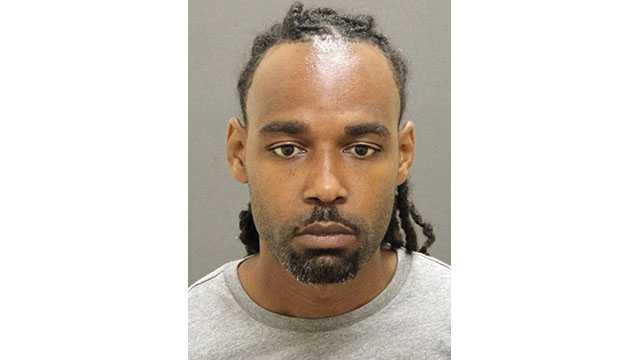 Francois Browne, 38, was found guilty of the second-degree murder of ½-year-old, Zaray Gray and for child abuse resulting in death. The defendant faces a maximum sentence of life in prison, plus 40 years. Browne– previously convicted of child abuse resulting in his son’s death–faces an additional 11 years for violating the terms of his probation. Sentencing is scheduled for November 7, 2019.

In her official statement State’s Attorney Marilyn Mosby thanks the prosecutors who successfully tried this case.

“I’m thankful for the diligent efforts of prosecutors Michele Lambert, Noelle W. Newman and Sarah Simpkins for their unwavering commitment to justice. While our efforts can never restore the loss of this beautiful young soul, we certainly hope this guilty verdict brings deserved closure and offers Zaray’s family a start towards healing. Our heartfelt prayers and support continue to be with the family and the other victims harmed by Francois Browne.”

On July 18, 2018, seventeen-month old boy, Zaray Gray, was pronounced dead by Sinai Hospital staff shortly after his arrival. The toddler was observed to have sustained severe bruising to his right forehead, right side, waistline, and neck. An autopsy subsequently ruled the death homicide. A postmortem x-ray also revealed a broken left clavicle consistent with being thrown or a substantial fall. The medical examiner concluded that the bruising to the victim’s body was fresh, and his injuries were the result of non-accidental trauma. The bruising found on the child’s face was consistent with being grabbed. The patterns of bruising found on the child’s abdomen were made by fingerprints and fists and was caused by repeated, forceful, focal blows. The examiner further stated that upon sustaining these injuries, Zaray would have appeared symptomatic, experiencing stomach pain, and vomiting.

Investigation revealed that on the morning of July 18, Zaray behaved normally while in the presence of his mother, older sister and brother, and their mother’s boyfriend, Francois Browne. That afternoon, the defendant took the three children to the playground. After they returned, the child’s mother observed that her toddler’s behavior was becoming increasingly abnormal; vomiting in his bedroom, requesting to be held more often and being sluggish for the remainder of the day. At around 4:00 pm, She and her daughter left home to run errands, leaving Zaray and his older brother in the care of the defendant. Upon her return, she found Browne was downstairs and Zaray asleep in her bed. That evening, she heard her son moaning but assumed the child had a bad dream. When the child’s mother checked on him at approximately 9:40 pm, she discovered he was unresponsive and not breathing.

In Browne’s taped statement that he provided to detectives, he claimed that Zaray was injured on the playground, alleging that the child fell going down a sliding board, which caused him to bump his head and back.

When Zaray’s siblings were interviewed, his brother disclosed while in Browne’s care, he witnessed Browne swinging his baby brother around just before dropping the crying child to the floor.

“The brutal and heartless bodily harm inflicted on this precious 17-month-old baby is unfathomable,” said State’s Attorney Marilyn Mosby. “Any person who outright abuses a harmless and indefensible baby lacks human decency and deserves to be prosecuted to the fullest extent of the law and removed from society.”