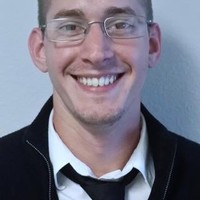 An Oklahoma City, Oklahoma man pleaded guilty today in the Western District of Oklahoma for assaulting two neighbors inside their apartment building in Okinawa, Japan, while working for the U.S. Armed Forces overseas as a civilian engineer.

As alleged in the government’s previous charging documents, Figuly was living in Okinawa, Japan, in connection with his employment for the U.S. Armed Forces. Figuly was a civilian engineer working at Kadena Air Force Base in Okinawa. On April 11, 2020, Figuly was living in a multi-unit apartment building off-base. That afternoon, he entered the apartment of a female neighbor, E.M., armed with a box cutter knife, and demanded to know where their landlord was, claiming that he wanted to kill the landlord. Figuly then attacked E.M., strangling her until she fell unconscious, cutting her fingers with a knife, and striking her in the face with a baking dish. E.M. fled to her apartment balcony, and Figuly pursued her, breaking the balcony door in the process. E.M.’s husband J.M. then entered the apartment, at which point Figuly threatened to kill J.M. Figuly then assaulted J.M. with a box cutter knife, before J.M. and another neighbor subdued Figuly.

The investigation was conducted by the U.S. Air Force Office of Special Investigations. The prosecution is being handled by Trial Attorney Mona Sahaf of the Criminal Division’s Human Rights and Special Prosecutions Section and Assistant U.S. Attorney Jason Harley of the Western District of Oklahoma.