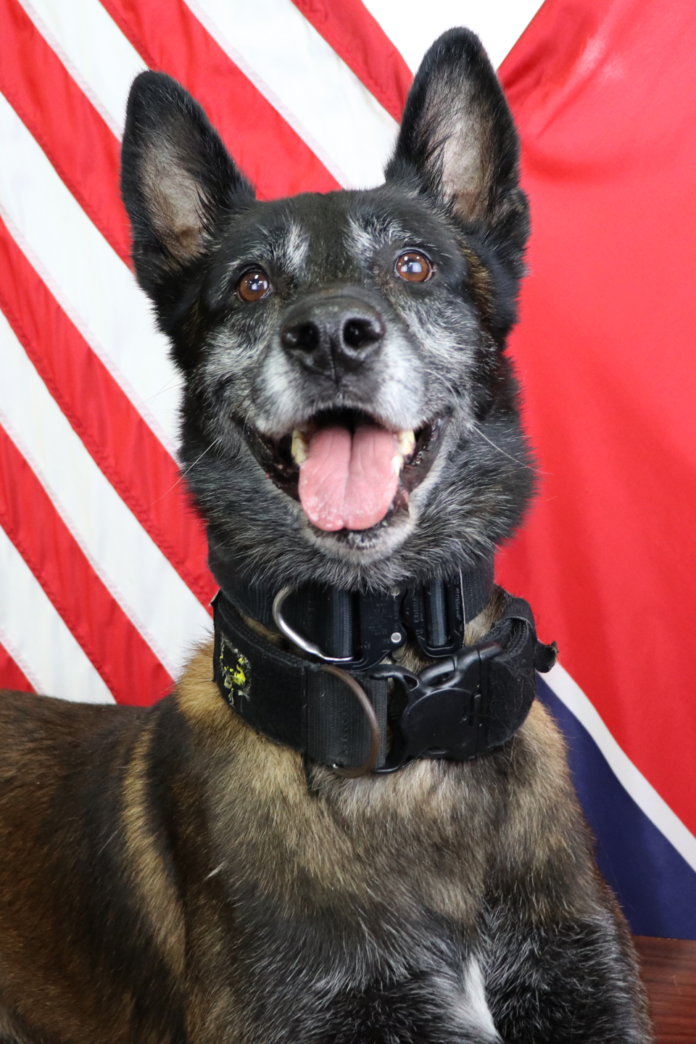 La Vergne, TENN. — One of La Vergne’s K9s is in critical condition after being shot three times on Tuesday, November 17.

Sjaak (pronounced Jacques) is a Belgian Malinois who has been with the department since 2014. His handler, Officer Justin Darby, was not injured in the shooting incident. Sjaak was scheduled to undergo emergency surgery Wednesday.

“We’re all praying for Sjaak and Officer Darby,” says Interim Chief Chip Davis. “A K9 is more than just a dog to our handlers, they’re a partner.”

Initial reports indicate that shortly after noon, a La Vergne Police Department K9 officer had turned on to Murfreesboro Road from the police station, when a vehicle pulled alongside on the passenger side, and fired shots into his patrol car. The officer pursued the driver, and other officers joined the pursuit. The subject drove into a residential complex at 1502 Rutherford Point Circle. Information from the scene indicates the driver exited his vehicle and fired at officers, with officers returning fire. The subject got back into his vehicle and drove further into the parking lot, striking a parked vehicle before coming to rest. When officers approached the vehicle, they found the driver has sustained a gunshot wound. He was transported to a local hospital, where he was declared deceased.