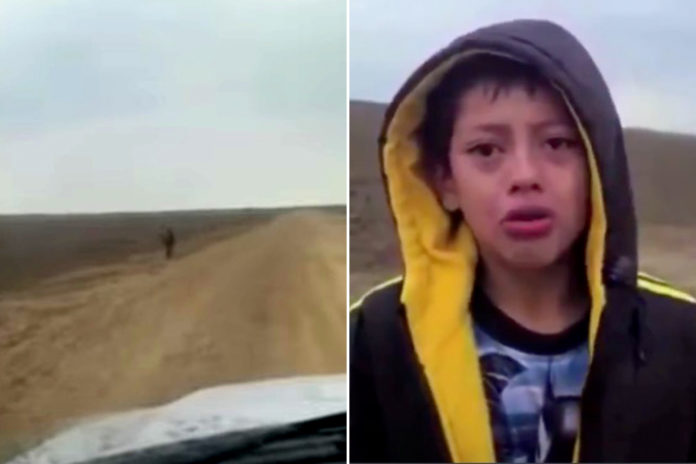 Heartbreaking footage taken by an off-duty US Border Patrol officer shows a young boy in tears and begging for help—after he crossed the Rio Grande river in Texas.

The boy says he was abandoned by a group of migrants he was with.

“I came with a group,” the boy says. “They dumped me, and I don’t know where they are. They can rob me, kidnap me. I am afraid.”

The off-duty officer drove the child to a Border Patrol facility.

The boy survived at least one night in the desert which is extremely dangerous with rattlesnakes and wild animals abound, Univision reported.