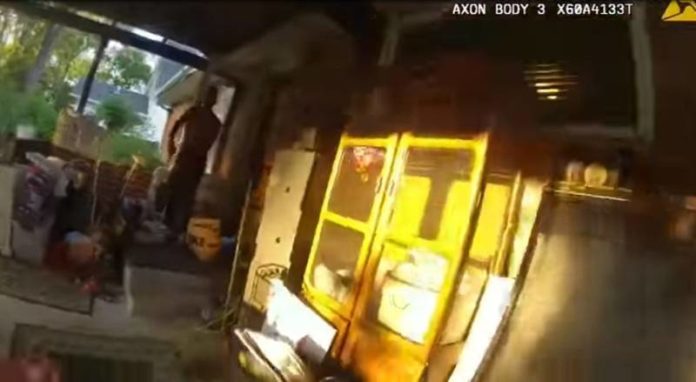 ZION, Ill. (FOX 32) – The Zion Police Department released body camera footage Tuesday that shows an officer fatally shoot an armed man earlier this month in the northern suburb. The footage shows officers approach George W. Franklin III behind a residence in the 2800 block of Ezra Avenue on the evening of Sept. 8 after receiving a call from the man’s mother that he was attempting to force his way inside her home.