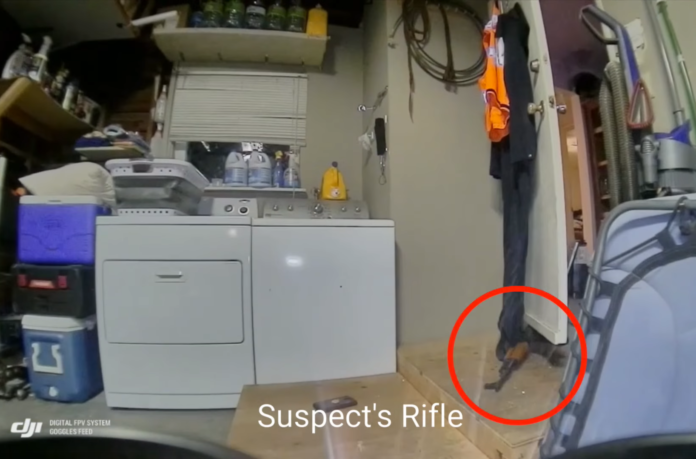 Below is a summary of events provided by the Sacramento Police Department:

On September 6, 2021 just before 8:15 p.m., Sacramento Police Department patrol officers responded to the 3700 block of Redding Avenue to conduct a welfare check on a known male subject in his 50’s. The reporting party stated that the male had been sending suspicious and erratic phone messages to them. During the same time frame, other officers were investigating a report of threats that possibly involved the same subject, who was identified as 53-year-old Derek Pearson.

As officers approached the residence, they observed Pearson arm himself with a rifle and load it. At that point, officers withdrew from the immediate area of the residence, established a perimeter, and attempted to contact Pearson. Officers also began to evacuate some residences in the surrounding area.

As the incident progressed, officers from the SWAT and Crisis Negotiation teams responded to assist.

Over the course of this incident, officers used various de-escalation and crisis intervention techniques which included using specialized personnel, less lethal options and equipment. Crisis Negotiation officers made over 70 phone calls and were able to make sporadic contact with Pearson throughout the night.

SWAT officers and crisis negotiators used armored vehicles that allowed them to tactically reposition themselves. Throughout the night Pearson fired from his residence multiple times at officers who were inside of the vehicles. Some of Pearson’s rounds also struck unoccupied vehicles and school buildings across the street.

At around 5:10 a.m., almost nine hours after the initial call, Pearson emerged from the residence armed and pointed a rifle at officers. Three officers fired and appeared to strike him at least once.

Almost immediately, officers used an unmanned aerial system (UAS) to perform a visual check of Pearson from a safe distance. Officers then approached and began to administer emergency medical aid. Despite the efforts of the responding officers, Pearson succumbed to his injuries and was declared deceased at the scene by fire personnel.

After the incident concluded, multiple firearms were recovered from Pearson’s residence. No officers were injured during this incident and no injuries were reported in the surrounding community.

This incident is being investigated by the Sacramento Police Department’s Homicide Unit and Internal Affairs Division. The Office of Public Safety Accountability and the Sacramento County District Attorney’s Office are providing oversight by monitoring the investigation.