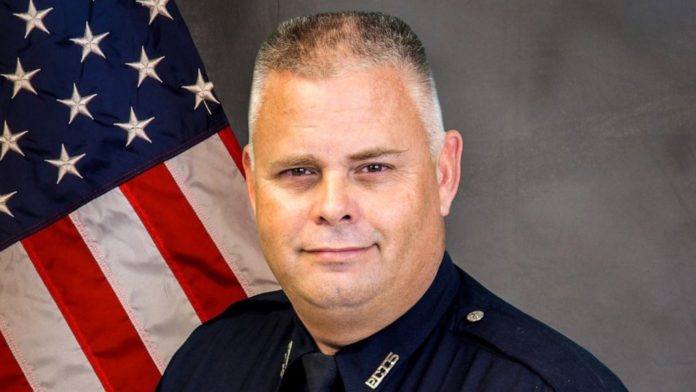 Around 12:45 a.m., Corporal Charles Galloway was attempting to make a traffic stop in the 9100 block of Beechnut. The driver “exited the vehicle and fired repeatedly at Corporal Galloway’s patrol car,” officials said. Deputy Galloway was struck multiple times and died on the scene.

“Corporal Galloway did not have an opportunity to defend himself in this brutal attack,” said Constable Ted Heap. “We cannot have people like this on our streets. I do not want to raise my family, my grandchildren, in a county where this type of crime is running rampant.”

Police say they have video showing Oscar Rosales, 51, shooting Corporal Galloway. Rosales has been charged with capital murder and is on the run.

He may be driving a newer-model, white Toyota Avalon.

“Witnesses describe the suspect as Hispanic male (and) say that he got out of his vehicle and immediately fired upon the deputy multiple times, striking him and then drove off,” said Houston Police Chief Troy Finner. “This is senseless. It makes no sense whatsoever.”

“Corporal Galloway was very much loved by the men and women he served with,” said Constable Heap. “There’s a lot of broken up officers who he meant a lot to in their lives.”

HPD and @HCpct5 provide an escort for the fallen deputy constable to the Harris County Institute of Forensic Sciences https://t.co/HH711SONmU