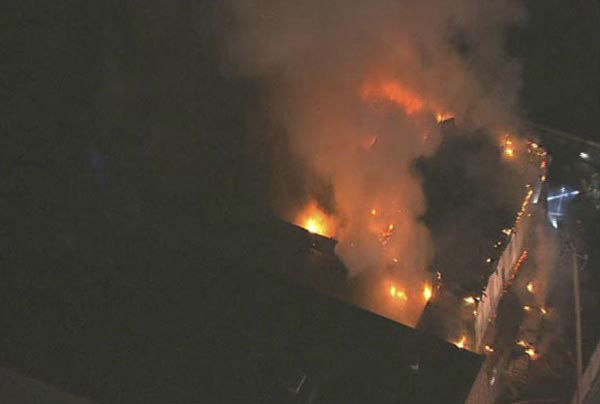 I just asked Islamic Center arsom suspect why he did it…he said it was an accident.

There is no word yet on what led investigators to the suspect or any charges, Click2Houston.com reports.

EARLIER REPORT: Officials there say an accelerant was used in a massive blaze that broke that out at the Quba Islamic Institute in southeast Houston early Friday morning.

The cause of the fire is still under investigation but a Fire dog hit on several spots that indicate the fire was intentionally set.

The Council on American-Islamic Relations is calling on state and federal authorities to investigate the fire as a possible hate crime.

The Islamic Institute released the following statement on their Facebook page:

“Assalam-u-Alaikum dear Quba Family! There has been a tragic event at Quba Islamic Institute this morning. Some time around 5:00 AM this morning, a fire was started in our third building. The blaze was so hot that the complete building and all its many contents were destroyed. But, Alhamdulillah, we are alive, safe, and united, by the favor of Allah!

That being said: all activities will continue today, Inshallah. Jumuah Salah and Family Night will go on as planned, Inshallah.

We ask that you pray for this Institute, that Allah protect us, and make us a Light for all the World to behold.”