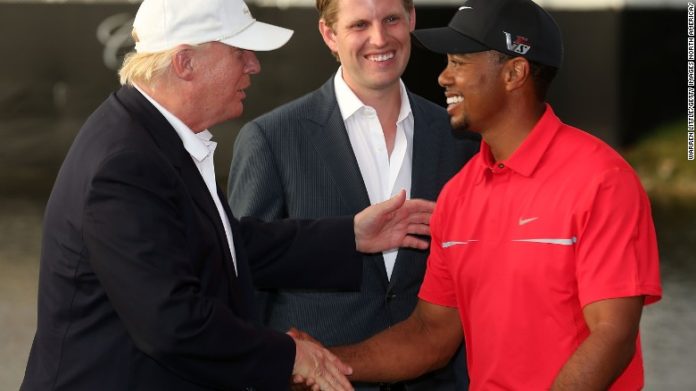 Spoke to @TigerWoods to congratulate him on the great victory he had in yesterday’s @TheMasters, & to inform him that because of his incredible Success & Comeback in Sports (Golf) and, more importantly, LIFE, I will be presenting him with the PRESIDENTIAL MEDAL OF FREEDOM!

The Presidential Medal of Freedom and the Congressional Gold Medal are the highest civilian awards of the United States. It recognizes those people who have made “an especially meritorious contribution to the security or national interests of the United States, world peace, cultural or other significant public or private endeavors”.

The award is not limited to U.S. citizens and, while it is a civilian award, it can also be awarded to military personnel and worn on the uniform.