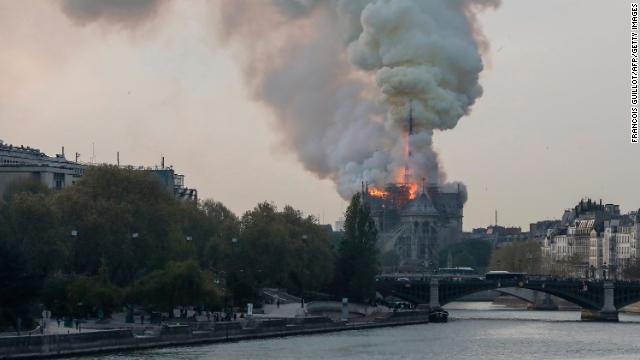 FRANCE — The historic Notre Dame Cathedral in Paris caught fire Monday. A collection of dramatic videos and photos spread through social media showing the roof and spire of the nearly 900-year-old cathedral engulfed in flames and massive amounts of smoke billowing up from its roof.

The Paris prosecutor’s office has started inquiry into the blaze — although, it was unclear if the fire was deliberately set. 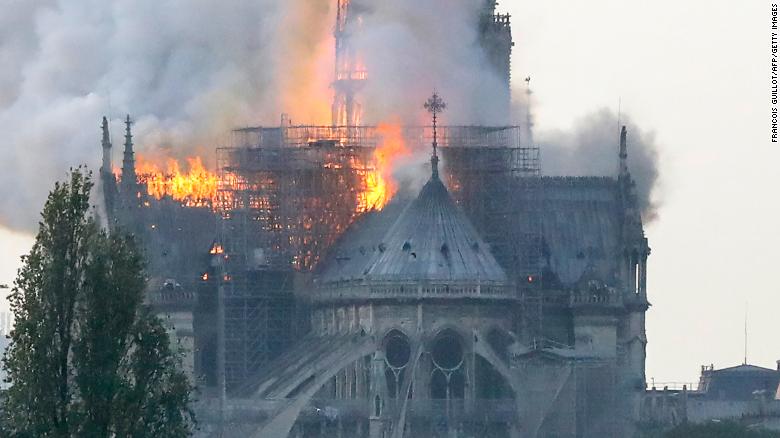 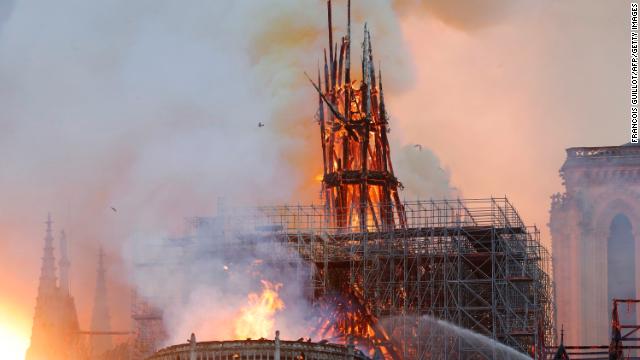 The Cathedral was under construction at the time but was not completely closed to the public.

The cathedral was begun in 1160 and largely completed by 1260, though it was modified frequently in the following centuries. In the 1790s, Notre-Dame suffered desecration during the French Revolution when much of its religious imagery was damaged or destroyed. Soon after the publication of Victor Hugo’s novel The Hunchback of Notre Dame in 1831, popular interest in the building revived. A major restoration project supervised by Eugène Viollet-le-Duc began in 1845 and continued for twenty-five years. Beginning in 1963, the facade of the Cathedral was cleaned of centuries of soot and grime, returning it to its original color. Another campaign of cleaning and restoration was carried out from 1991-2000.