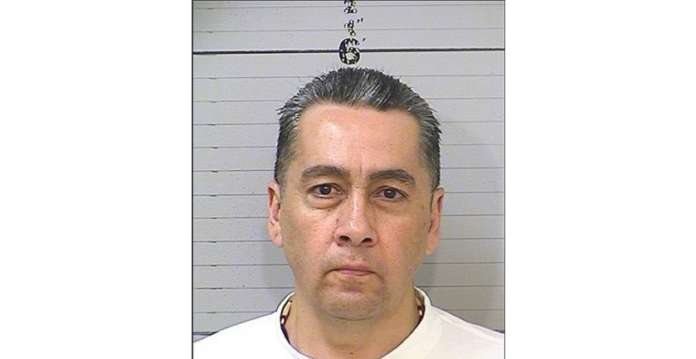 LOS ANGELES — A man who spent nearly 30 years in state prison for killing his stepmother is set to be arraigned for allegedly murdering a retired doctor last month.

Timothy Chavira, 56, was charged with one count of murder.

On Dec. 7, 2019, Chavira is accused of killing Editha Cruz de Leon, 76, with a ‘sharp object’ at her home in the 3900 block of North Van Horne Avenue, the Los Angeles County District Attorney’s Office said. Chavira was arrested two weeks later in Pasadena.

Officials did not elaborate on a motive in the killing.

Chavira was previously found guilty by a jury of first-degree murder for beating and stabbing to death his stepmother in 1986.

“The only motive I could come up with was hatred,” Deputy Dist. Atty. David E. Demerjian said at the time of the killing.

He was sentenced to 26 years to life in state prison and was released on parole in July 2017.

Chavira faces the death penalty or life in prison without the possibility of parole if convicted as charged. A decision on whether to seek capital punishment will be made at a later date.

The case remains under investigation by the Los Angeles Police Department.