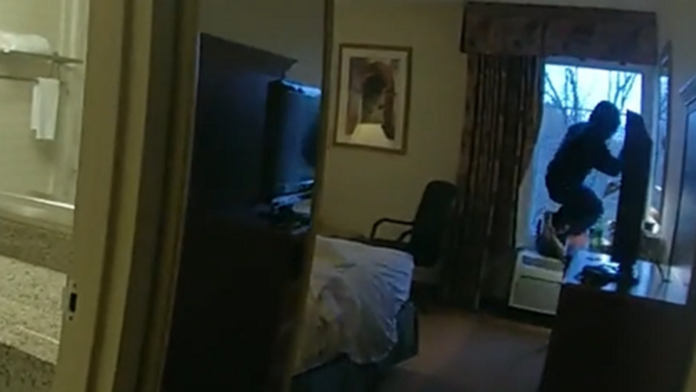 The Blue Ash Police Department is investigating a kidnapping, rape, and assault that was reported on Sunday at a hotel in the 5900 block of Pfeiffer Road in Blue Ash.

Officers were dispatched to the scene for a welfare check after a 911 came in from a front desk attendant. She stated she noticed a male and female and that the female looked unwell. She stated she was discreetly able to ask the female if she was okay and the female used body language to indicate that something was wrong. When officers arrived at the hotel room Onjre Damon George answered. During questioning he attempted to jump through a sixth-floor window before he was taken into custody.

“We want to assure the public that this was not a random kidnapping,” said Blue Ash Police Chief Scott Noel. “The victim and suspect were known to each other.”

George was arrested and charged with assault, kidnapping (F1) and rape (F1). The victim was transported to the hospital. The investigation is ongoing