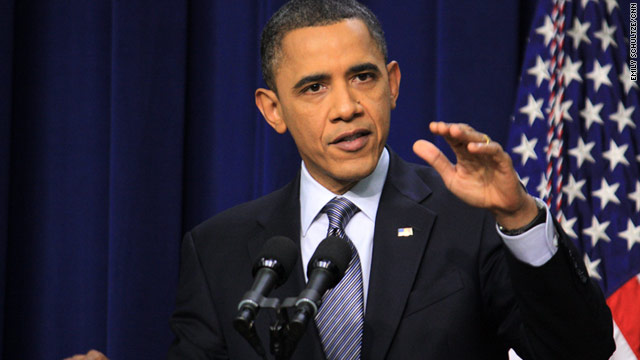 The Obama administration on Thursday announced a set of much-anticipated – and first ever – steps to regulate oil and gas industry emissions of methane, a powerful greenhouse gas second only to carbon dioxide in its role in the climate debate.

In particular, the Environmental Protection Agency unveiled a new rule that will target emissions from new or modified oil and gas wells – and prevent 11 million metric tons of carbon dioxide equivalent emissions by the year 2025, the agency said.

And while this would not apply to the vast numbers of existing rigs, well pads and auxiliary equipment that have driven a historic boom in domestic oil and gas production, the agency also signaled that it plans to regulate these as well. It issued a new request for more information from industry to help study how to contain emissions from these sources.

It all adds up to a suite of new or planned regulations, by the outgoing administration, to curb fugitive emissions of a gas that is drawing ever more attention, despite debate over how much the U.S. is emitting and how severely that contributes to climate change.

“Every leak that is fixed means more gas is available to be used or sold, and less pollution is affecting the health of our communities, as well as the stability of our climate,” McCarthy continued.

The regulations’ focus on new industrial equipment is significant, given the expansion expected to happen in coming years, particularly in the natural gas sector. But even more momentous would be for EPA to regulate existing equipment, which could have a far larger impact – on both emissions and on the industry itself.

The request for information in this area is “really launching our work to address methane emissions from existing sources,” McCarthy said, although it appeared that the administration would not be able to complete these rules for existing sources before the end of the Obama administration.

Environmental advocacy groups seemed largely pleased with Thursday’s announced rule for new and modified emissions sources, even as they pushed for more aggressive steps down the line.

“This is the first time that EPA has ever regulated methane from any industry. And how appropriate, because this [industry] is the largest emitter of methane,” said Conrad Schneider, advocacy director for Clean Air Task Force, an environmental group. “That’s a really important step forward with respect to controlling greenhouse gases, and toward meeting our international commitments.”

“It’s a significant step, and makes a significant contribution to addressing this important short term climate forcer,” added Mark Brownstein, a vice president at the Environmental Defense Fund. But Brownstein also noted that “the United States is the world’s largest oil and gas producer, and along with that comes a lot of equipment in the field. And therefore, it is only when you have regulations that deal with existing sources that you fully deal with the impact of the industry on the environment.”

The planned regulation comes just shortly after the U.S. EPA charged that methane emissions – which can enhance global warming over a period of several decades – are on the upswing of late, during the same time period when voluminous U.S. shale oil and gas drilling has dramatically driven down prices for domestic natural gas and global oil alike.

The agency recently revised upwards its estimates of overall methane emissions from 636.3 million metric tons of carbon dioxide equivalents to 721.5 million metric tons for the year 2013. The revision meant that oil and gas drilling, rather than agriculture and livestock, became the largest single source of U.S. methane emissions – further upping the stakes for regulatory action.

The industry has opposed both forms of methane emissions regulation – for new and existing sources – arguing that self-policing has been quite effective thus far.

“It doesn’t make sense that the administration would add unreasonable and overly burdensome regulations when the industry is already leading the way in reducing emissions,” said Kyle Isakower, vice president of regulatory and economic policy at the American Petroleum Institute, in response to the EPA rule. “Imposing a one-size-fits-all scheme on the industry could actually stifle innovation and discourage investments in new technologies that could serve to further reduce emissions.”

“Imposing additional reporting and regulatory paperwork obligations is even more burdensome at this time,” added Sandra Snyder, an attorney with Bracewell LLP, which has a number of oil and gas industry clients, in a statement. “The industry is being asked to do more with less as oil and gas prices are low, rig counts have dwindled, and thousands have lost their jobs.”

The originally proposed regulations for new sources of emissions emerged last summer, and were aimed at cutting down on leaks of gas from storage tanks and pipelines. “The final rule represents a significant improvement over the proposal” last year, Schneider said. For instance, the agency ended up requiring more regular inspections than it might have, and did not completely exempt low-producing wells.

Schneider and other activist dismissed complaints that the new rules would be too onerous or costly for the industry.

“This pollutant, methane, is also energy. [Preventing leaks] will actually save the industry money,” he argued. “Many of these measures will pay for themselves in a few years.”

Methane is often described in the media as being more potent than carbon dioxide as a greenhouse gas, but there is significant confusion over what this actually means. The truth is that half of any amount of methane that is emitted will be gone from the atmosphere in a little more than eight years, and another half of the remainder will be gone in another eight years (and so on). So while methane does cause considerably greater warming than an equivalent amount of carbon dioxide, it can also be cleaned up from the atmosphere much more quickly than the long-lived gas.

This reality cuts both ways – it means that carbon dioxide matters much more in the long run, but also that swift moves to curb methane emissions can have key impacts on warming in the immediate future.

The Obama administration has signaled plans to sharply cut industrial methane emissions, seeking reductions as high as 45 percent below 2012 levels by the year 2025.

In another piece of this agenda, the Interior Department earlier this year took separate steps to curb methane leaks when energy companies drill on public lands or lands owned by Native American tribes. This would cover about 10 percent of natural gas wells.

That rule, and the one announced Thursday, go part of the way towards controlling methane, but the biggest question now becomes how the Obama administration proceeds on existing emissions sources and, with little time left in office, whether the steps it takes in this area will be carried forward by the next presidential administration.

“I think what we can expect is that the Obama administration is going to be working on this issue until the very day they leave office,” says Brownstein.