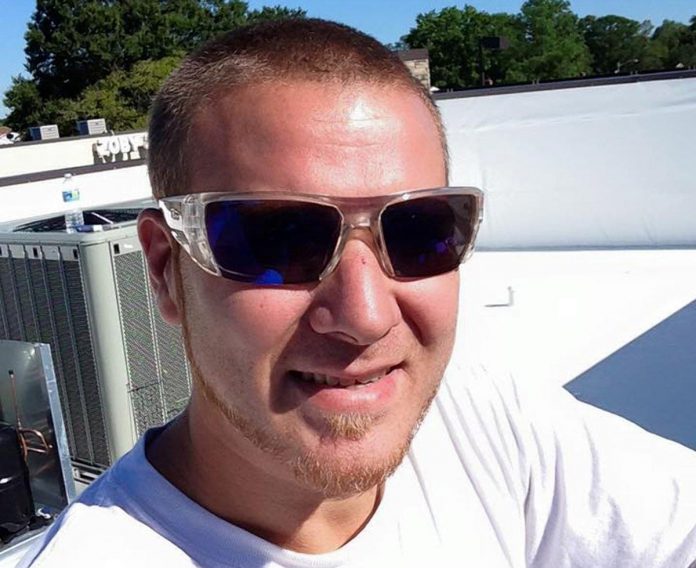 Twenty-two hours into a 24-hour-long marathon video game session, Twitch streamer Brian Vigneault, 35, got up to take a smoke break. He never returned to his computer.

His fans, mainly fellow gamers who watched Vigneault play the online skirmisher “World of Tanks,” wondered if Vigneault had fallen asleep. Although it was around 4:30 p.m. on Sunday, falling asleep in the afternoon would not have been completely unexpected. Vigneault, under the online nickname Poshybrid, would play “World of Tanks” for extreme lengths of time to raise donations for charity.

When a moderator messaged Vigneault a few hours after his abrupt disappearance, a Virginia Beach detective responded via Vigneault’s computer on the chat app Discord, according to a Reddit post. Vigneault was found unresponsive at his Virginia Beach home early Sunday evening. He had died while raising money for the Make-A-Wish charity.

Twitch.tv, for the unfamiliar, is a website where people play video games for a live Internet audience. Outside of the professional video game tournaments, the vibe is low-key and friendly. A Twitch stream has been described as a microcommunity, but it is perhaps better likened to a friend’s couch. (On this particular couch, there’s always a good seat, and your friends are all very good at video games.) Spectators chime in, offering comments, questions or monetary donations. Amazon, whose chief executive Jeffrey P. Bezos owns The Washington Post, purchased Twitch in 2014 for close to $1 billion.

Vigneault, a “World of Tanks” player for the past 5 years, had raised nearly $11,000 for various charities during his streaming career, according to his Twitch profile. Like several Twitch streamers, Vigneault would play between five and seven nights a week, often from night until early morning.

Video game website Kotaku recently explained the motivation behind superlong Twitch streams: “Marathon streaming has been a sort of long-standing fad among the Twitch community. Twitch titans like Sodapoppin and ManVsGame regularly game for a day straight, pausing only to eat, use the bathroom, stretch and respond to their chat. Hitting every time zone is an effective strategy for building your audience, which can lead to more donations.”

In 2013, the average American gamer played just over 6 hours a week, a Nielsen report found. It is not unheard of for some Twitch streamers to play for double or triple that time in a single day. Others aimed for even longer. In 2014, for instance, Neal “Koibu” Erickson attempted to stream on Twitch for 120 hours straight. He fell asleep in his computer chair a few minutes short of the 90-hour mark.

A few, though not all streaming on Twitch, have tested the limits of endurance while playing video games. A multiplayer session of six Dutch players lasted for 50 hours of the Wild West shooter “Red Dead Redemption” in 2010. The world record stands at a continuous 138 hours of “Just Dance 2015.”

Vigneault’s passing marked one of the very few, if not the first, deaths during a marathon Twitch game-playing event. But there have been several publicized, though rare, incidents of gamers dying in the middle of extremely long sessions. In 2015, a 24-year-old man collapsed and died after playing “World of Warcraft” for 19 hours in a Shanghai Internet cafe. Three years prior, a Taiwanese teenager also died at an Internet cafe, playing “Diablo 3” for 40 hours. And in 2005, a South Korean man’s heart failed 50 hours into a “Starcraft” marathon.

The Virginia Beach Police Department confirmed to The Washington Post on Wednesday that it had investigated his death. The officers reported no criminal motivation or activity.

“There is no reason at this time to suspect foul play,” a representative for the police department told Polygon.

Vigneault’s gaming clan, Fame, posted a note in memoriam on Facebook. “We just cannot find words to describe how sad is this moment for all of us,” said the Fame post. “This game will not be the same without the legend.”