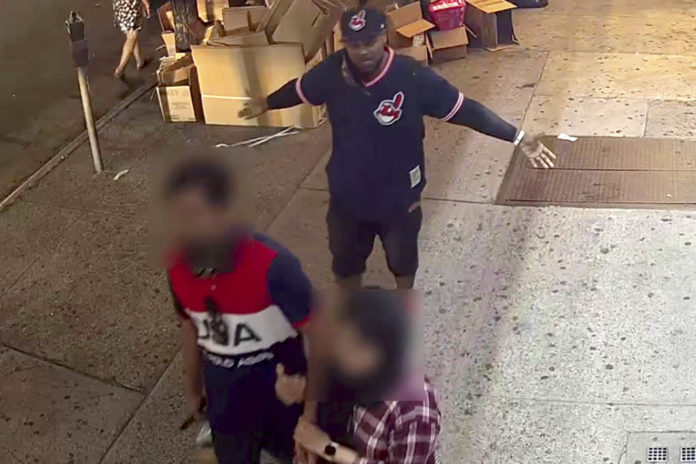 NEW YORK – Naved Durrni, 30, has been indicted by a Queens County grand jury and arraigned in Supreme Court on robbery, assault as a hate crime and other charges. In three separate incidents, the defendant allegedly pursued people on the street he believed were Muslim, struck them and yelled anti-Muslim views in June and July 2021.

Queens District Attorney Melinda Katz said, “As alleged, the defendant was motivated by his own biases and prejudice when he followed and struck four different victims whom he believed were Muslim. This kind of hateful behavior will not be tolerated in Queens – the most diverse county in the country. The defendant now faces justice in our Courts for his alleged actions.”

According to the charges, on June 20th, at approximately 9:15 p.m., the defendant encountered a man and woman walking near Liberty Avenue and Lefferts Boulevard. Durrni approached the 31-year-old man and allegedly struck him without provocation and continued his attack by pulling on the 24-year-old woman’s hijab. He then chased the pair when they tried to get away from him by crossing the street. The defendant also allegedly grabbed and ran away with a box that the woman was carrying. During this attack, Durrni allegedly yelled anti-Muslim slurs, saying in sum and substance “Mohammad was a liar.”

About an hour later, said DA Katz, the defendant encountered another couple walking on Inwood Street in Jamaica, Queens. Durrni began to follow them. Again, without cause, the defendant allegedly began to yell anti-Muslim sentiments, including saying in sum and substance “Mohammad was a liar.” Then the defendant allegedly punched the 56-year-old female victim in the face and head. The woman sustained a fractured nose as a result of the attack and had to be treated at a nearby hospital.

On Sunday, July 25th, according to the charges, the Durrni was in front of 94-06 Sutphin Blvd., at approximately 6:30 p.m., when he allegedly bumped a 38-year-old woman into the street. The victim was wearing traditional Muslim clothing. The defendant allegedly yelled at her that “Mohammad was a liar” and “Jesus tells the truth.” When the woman tried to call 911 on her cell phone, Durrni is alleged to have pulled out a knife and point it at the woman in a threatening manner before fleeing the scene.