BUFFALO, N.Y. – U.S. Customs and Border Protection (CBP) at the Port of Buffalo seized 2,554 lbs. of marijuana in a commercial shipment.

On October 20, CBP officers assigned to the Peace Bridge selected a commercial shipment that was manifested as “bathroom vanities” for additional examination. The truck and trailer were sent for a non-intrusive examination that revealed anomalies in the trailer and was subsequently sent to the commercial vehicle inspection area. CBP officers then performed a physical inspection of the shipment and discovered vacuum-sealed marijuana packages secreted within the pallet-shipment-boxes. A thorough inventory of the shipment resulted in the seizure of 2,302 packages of marijuana that field-tested positive for the properties of marijuana. CBP officers determined the seizure of marijuana has an estimated street value of $5 million dollars. 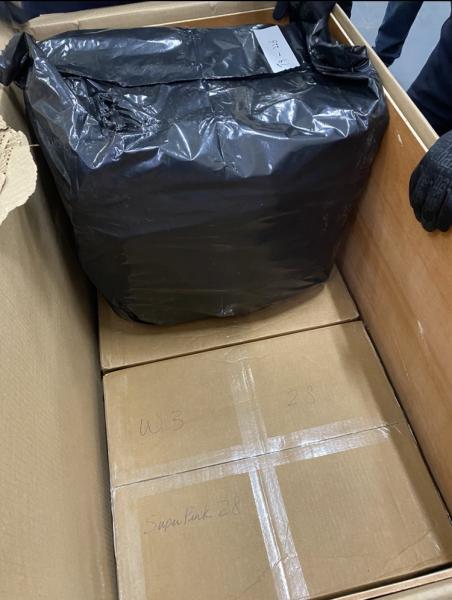 “Criminal organizations continue to attempt to exploit the border for their personal gain, however the skills, training and dedication of our officers have once again halted their plan.” said Acting Buffalo Port Director John Madsen. “I am proud of the persistent efforts of our resilient workforce in securing the border ensuring these narcotics were prevented from entering our country.”

The seizure is currently under investigation by Homeland Security Investigations (HSI).

“HSI is committed with CBP to disrupt the flow of illegal drugs smuggled into the United States,” said Matthew Scarpino, acting Special Agent in Charge of HSI Buffalo. “Through the HSI Border Enforcement Security Task Force, HSI will continue to investigate these significant seizures, with our Canadian law enforcement partners, to combat the transnational criminal networks that threaten our international region.”