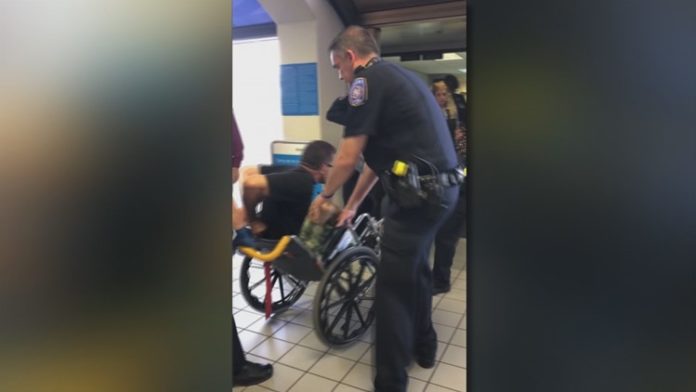 A disruptive passenger handcuffed to a wheelchair was removed off an American Airlines flight set to depart Monday from the DFW Airport.

Flight attendants told the passenger to go to his seat or they will have to remove him. Since he refused to move, other passengers had to get their bags and get off the plane while police officers dealt with him.