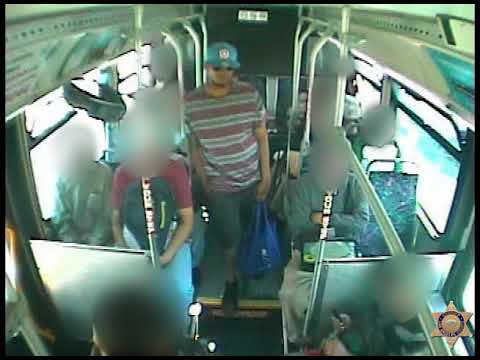 A 28-year-old Montebello man has been convicted of first-degree murder for fatally stabbing a passenger on a bus in East Los Angeles last year.

A jury deliberated for less than an hour yesterday before finding Manuel Ortiz Jr. guilty and finding true an allegation that he used a deadly and dangerous weapon, a knife.

Sentencing is scheduled on Oct. Ortiz faces 27 years to life in state prison.

On April 9, 2018, Ortiz boarded a Montebello Bus Lines bus at Montebello and Whittier boulevards. After riding the bus for several blocks to Whittier Boulevard and Gerhart Avenue, the defendant stabbed 22-year-old Austin Zavala multiple times in the neck and head in an apparently random attack, according to court testimony.

Ortiz exited the bus and fled but was later arrested.

The victim, a college student from Whittier, was taken to a local hospital and died on June 10.