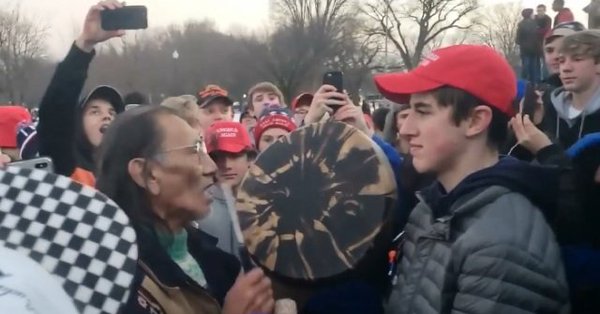 The mainstream media was quick to allege the teens ‘mocked’ or ‘taunted’ the war veteran.

The students, from the Diocese of Covington Catholic School in Kentucky, were in D.C. on a school trip. The viral incident went down outside the Lincoln Memorial after a rally in Washington.

Watch the video in full:

To be clear, both sides may have been ‘taunting’ each other. At the 1:40 mark in the video a native protester is heard saying, “You white people, go back to Europe where you came from! This is not your land!”

In this next video, Phillips and the Native protesters can be seen approaching the group of teens first.

[READ NEXT: How Donald Trump came up with ‘Make America Great Again‘]

The teen in the viral video is Nick Sandmann, he is a junior at Covington Catholic High School in Covington, Kentucky.

“I am the student in the video who was confronted by the Native American protester,” Sandmann said.

“The protesters said hateful things. They called us ‘racists,’ ‘bigots,’ ‘white crackers,’ ‘f-ggots,’ and ‘incest kids.’ They also taunted an African American student from my school by telling him that we would ‘harvest his organs.’ I have no idea what that insult means, but it was startling to hear.”

“Because we were being loudly attacked and taunted in public, a student in our group asked one of our teacher chaperones for permission to begin our school spirit chants to counter the hateful things that were being shouted at our group. The chants are commonly used at sporting events. They are all positive in nature and sound like what you would hear at any high school. Our chaperone gave us permission to use our school chants. We would not have done it without obtaining permission from the adults in charge of our group.”

“Our chants were loud because we wanted to drown out the hateful comments that were being shouted at us by protesters.”

“The protester everyone has seen in the video began playing his drum as he waded into the crowd, which parted for him. I did not see anyone try to block his path. He locked eyes with me and approached me, coming within inches of my face. He played his drum the entire time he was in my face. To be honest, I was started and confused as to why he had approached me. We had already been yelled at by other groups of protesters, and when the second group approached I was worried that a situation was getting out of control where adults were attempting to provoke teenagers.”

“I said a silent prayer that the situation would not get out of hand.”

“I was not intentionally making faces at the protester. I did smile at one point, because I wanted him to know that I was not going to become angry, intimidated or be provoked into a larger confrontation. I am a faithful Christian and practicing Catholic, and I always try to live up to the ideals my faith teaches me — to remain respectful of others, and to take no action that would lead to conflict or violence.”

“I never interacted with this protestor. I did not speak to him. I did not make any hand gestures or other aggressive moves. To be honest, I was startled and confused as to why he had approached me. We had already been yelled at by another group of protestors, and when the second group approached I was worried that a situation was getting out of control where adults were attempting to provoke teenagers.” 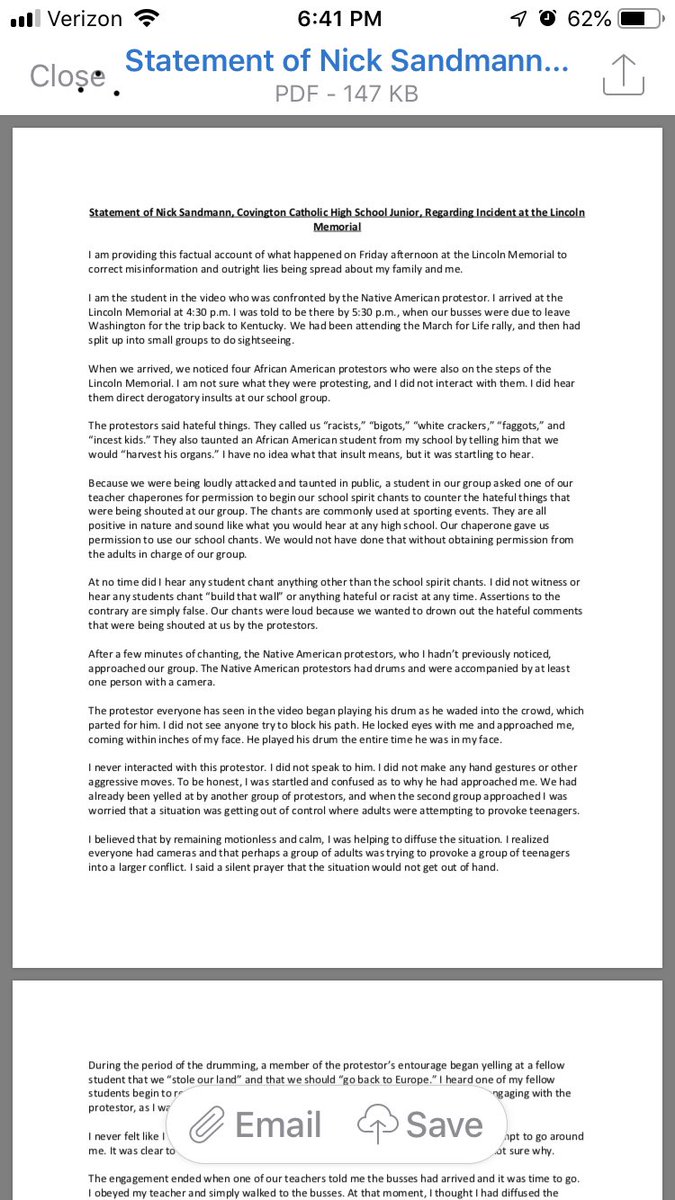 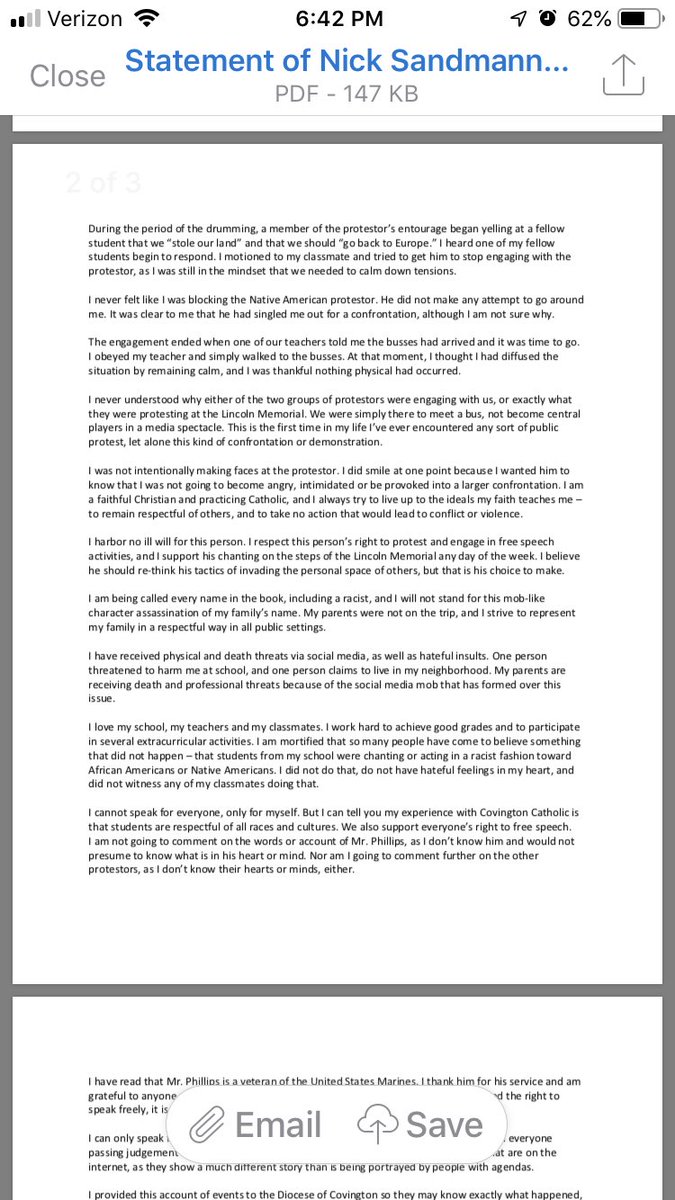 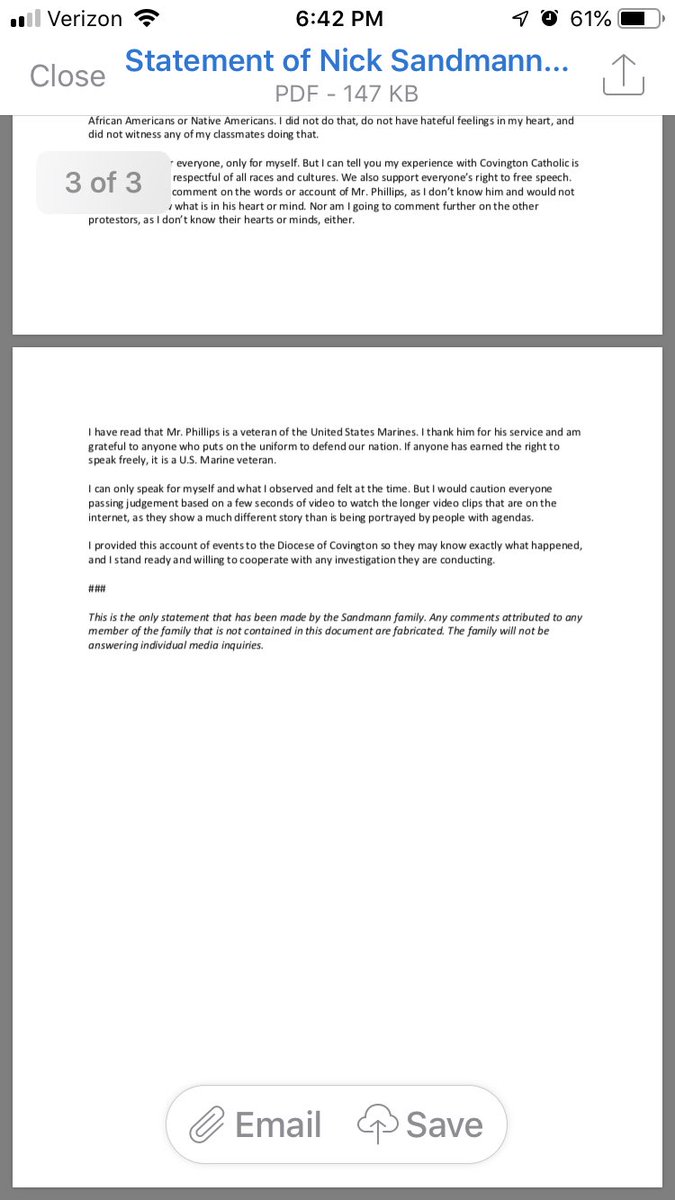 With the permission of Nick Sandmann and their parents. This is being released to the media. Please keep this family in your prayers. pic.twitter.com/xO8iI92C6i

The Diocese of Covington later apologized for the students’ conduct, promising an investigation:

“We condemn the actions of the Covington Catholic High School students towards Nathan Phillips specifically, and Native Americans in general. … We extend our deepest apologies to Mr. Phillips. This behavior is opposed to the Church’s teachings on the dignity and respect of the human person. The matter is being investigated and we will take appropriate action, up to and including expulsion.”

Phillips later went on CNN and told his story, claiming he felt he was in danger.

What do you think? Were the students ‘mocking’ Phillips? Leave a comment below!