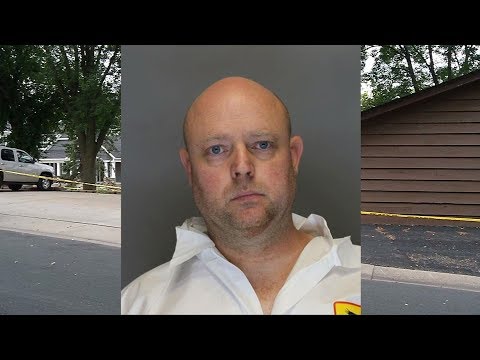 MINNEAPOLIS — A Maple Grove man pleaded guilty to unintentional second-degree murder in the beating death of his mother and to first-degree assault for attacking his father, Hennepin County Attorney Mike Freeman announced Tuesday.

Matthew Witt, 42, violently assailed both his parents on July 24, ultimately beating his mother to death and nearly killing his father. He will be sentenced Feb. 27 at 8:45 a.m.

According to the criminal complaint, around 7:30 p.m. on July 24, Maple Grove police were sent to a home on Eagle Lake Drive North. The door was answered by Witt who was covered in blood, and a motionless body lay behind him. He told the police, “Take me to jail. I did it. I didn’t kill them. They’re alive. I let them live…they’re hurt bad.” When police asked who Witt was speaking of, he replied, “my parents.”

Witt was taken into custody while officers located both his parents inside the home. His mother was found on the ground with severe head trauma and not breathing. Officers attempted to resuscitate the mother but were unable to do so. She was pronounced dead at the scene.

In the upstairs bathroom, Witt’s father was found bleeding from the head with a bruised face and laceration under his eye. Paramedics took the father to the hospital where he told the police that his son suffered from mental health issues and that he may have been using methamphetamine.

KSTP reported: Police also spoke to a witness, who said Matthew spoke with her the night of the incident, about 45 minutes before it occurred. She told authorities that Matthew had mentioned to her that he and his parents had not been getting along. He went on to say the victims’ house and money “would be his someday” and specified “that day would be soon.”