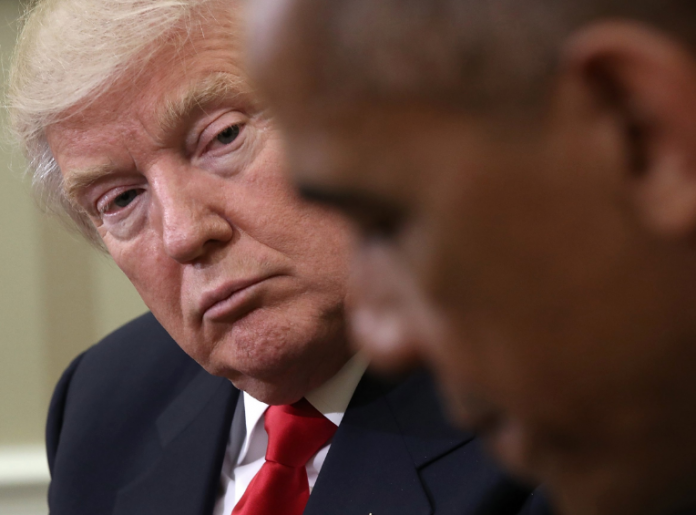 After having repeatedly praised President Barack Obama’s efforts to ensure a smooth transition, President-elect Donald Trump reversed course on Wednesday, accusing the current occupant of the Oval Office of putting “roadblocks” in his way.

Trump took to Twitter shortly after 9 a.m., saying he was “doing my best to disregard the many inflammatory President O statements and roadblocks. Thought it was going to be a smooth transition – NOT!”

The White House had no immediate response.

Trump’s assessment comes amid days of verbal sparring between the outgoing and incoming president. During a ceremony Tuesday marking the Japanese attack at Pearl Harbor 75 years ago, Obama cautioned against “the urge to turn inward” and the need to “resist the urge to demonize those who are different” – remarks some thought were aimed partly at Trump.

Trump also made it clear Wednesday that he is perturbed by a number of steps the Obama administration is taking in its final weeks related to Israel.

Trump said the “beginning of the end” was the “horrible” Iran nuclear deal reached last year that was supported by a coalition of world powers but vigorously opposed by Israel.

Trump was also highly critical this week of the Obama administration’s refusal to veto a United Nations Security Council resolution condemning Israeli settlements in the West Bank and East Jerusalem.

Trump’s view of his Democratic predecessor soured earlier this week when Obama said on a podcast hosted by his former adviser David Axelrod that he thought he could have prevailed in an election over Trump.

Those comments prompted two tweets in as many days from Trump contesting Obama’s assessment. On Tuesday, Trump chided Obama for the failure of his campaign efforts on behalf of Democratic nominee Hillary Clinton to bear fruit.