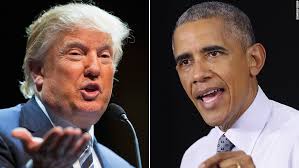 The administration is playing defense, offering contradictory justifications for its abstention at the U.N. Security Council on a resolution declaring everything — including all of East Jerusalem — to be an illegal occupation and virtually inviting boycotts and international sanctions against Israel. Among the strongest critics of President Obama’s decision are Democrats like incoming minority leader Sen. Chuck Schumer, D-N.Y., ranking member of the Senate Foreign Relations Committee Sen. Ben Cardin, D-Md., and House minority whip Rep. Steny Hoyer, D-Md. Even his former Middle East envoy George Mitchell says it was a mistake not to veto the resolution.

On one hand, the president’s apologists claim the administration did not draft it. This might be technically true, but highly misleading. Eli Lake reports:

“Let’s start with what the Israelis themselves are saying. After the vote, Prime Minister Benjamin Netanyahu said he would be sharing information with the Donald Trump transition team that proves how the U.S. lobbied other countries behind the scenes to support the resolution. He has not made this public, but Israeli officials tell me it is based in part on what many Arab envoys told Israeli diplomats in private.

“We also know, because it has been publicly reported, that Secretary of State John Kerry spoke about this resolution last month with his counterpart in New Zealand, whose envoy introduced the resolution. . . . Another piece of supporting evidence is that this kind of U.N. action was included in a 2015 policy memo drafted after Netanyahu won re-election and promised supporters there would be no Palestinian state while he was in power. Netanyahu reversed himself after the victory.”

(A purported transcript of a meeting between U.S. and Palestinian officials seems to corroborate the charge of collusion.)

Then administration flacks claim Israel had this coming because of an aggressive settlements policy. That’s not remotely true. Elliott Abrams, former deputy national security adviser in charge of Israel policy in George W. Bush’s administration, explains, “In fact settlement growth has not ‘accelerated significantly’ since 2011, whatever [Obama adviser Ben] Rhodes says. His most disingenuous remark is about the failure of negotiations. Indeed the Obama/Kerry efforts failed, because the Palestinians refused to come to the table even when Israel undertook a ten-month construction freeze.”

And failing all that, the administration claims the resolution is no big deal, pretending that this is not the first to make new housing for Jews illegal. (Abrams notes, “Yes, the resolution ‘expresses the consensus international view on Israeli settlement activity,’ which calls them illegal, and that is the point: until the Obama administration, the United States’s position was that they were unhelpful but not illegal. Therefore the resolution is not ‘consistent with longstanding bipartisan U.S. policy.'”)

What, if anything, can the incoming administration do to minimize the damage to Israel and fend off the “jackals” at the United Nations? Abrams tells Right Turn, “The resolution fairly begs for boycotts of Israel. Many states have anti-boycott laws. The new administration and new Congress should work together to make it clear that banks and companies that boycott Israel may not do business in the United States.” He adds, “We should also react by moving the United States embassy to Jerusalem, which would be an extremely powerful political and symbolic step.”

Other possibilities including finally cutting off funding to the Palestinian Authority; using financial leverage to demand changes in the dues and voting structure at the United Nations; renegotiating the recently concluded defense funding memorandum with Israel (wherein Obama squeezed Israel and attempted to preclude Israel from asking for additional funding); and a resolution passed by the Congress and signed by the new president condemning the United Nations’ vote as a blatant effort to delegitimize Israel and predetermine a final outcome in the Israeli-Palestinian conflict. Additionally, Trump could order the State Department to allow Americans born in Jerusalem to list Israel as their place of birth. (Legislation attempting to do this was struck down as an infringement on the president’s powers; Trump could exercise that same power to change U.S. policy.) Trump might also consider an early trip to Israel, including a visit to the Western Wall, which the United Nations says is “illegally” occupied by Israel. Cliff May of the Foundation for Defense of Democracies shares a few more possible moves including “reprisals for European nations that wage economic warfare against Israel” and “measures to discourage [PA president] Mahmoud Abbas from attempting to mobilize the ICC against Israel.”

In this case, the more ways to signal an abrupt, dramatic change in U.S. policy, the better.