CINCINNATI – An American priest from Cincinnati has been charged by a federal criminal complaint for allegedly sexually abusing minor boys. 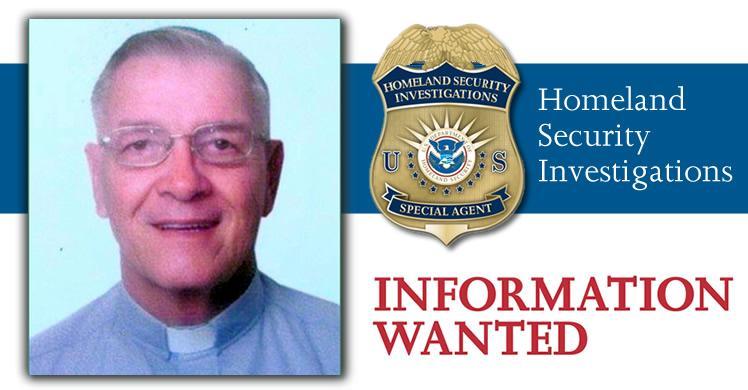 Kenneth B. Hendricks, 77, of Cincinnati, was arrested by Manila-based HSI special agents alongside Filipino authorities Tuesday evening in the Philippines, where he currently serves as a missionary priest.

The government unsealed the criminal complaint today. According to that document and its supporting affidavit, on November 13, HSI received information regarding alleged sexual exploitation of multiple minor Filipino boys.

Information indicated that a Catholic priest – later identified as Father Hendricks – had been sexually assaulting the boys. Subsequently, several victims have been identified and provided statements to law enforcement.

Another victim said he masturbated Hendricks’s penis approximately 40 times and that Hendricks did the same to the boy at least 60 times.

Hendricks allegedly had a number of minor boys residing with him. It is alleged he insisted they take baths together, and would molest the victims alone or with other boys. The priest allegedly warned the victims that if they told anyone they would all go to prison.

In a recorded conversation with one of the victims, Hendrick stated: “This will probably be the scenario is, there will be a meeting and then it will be decided, you know, what your parents want to do about anything. Do they want to try…want to press charges, uh, whatever see, but that’s between them and the Bishop, I have nothing to do with that. I just get the fallout afterwards.”

In the same conversation, Hendricks said: “they will decide, ask you what your decision is, what you’re going to do, whether there will be a case or not or whether, you know, a settlement, I don’t know. But as far as after that, I don’t know what’s going to happen. I really will have to probably really resign, retire now.”

Hendricks is charged as a United States citizen with engaging in illicit sexual conduct in foreign places, which is a federal crime punishable by up to 30 years in prison.