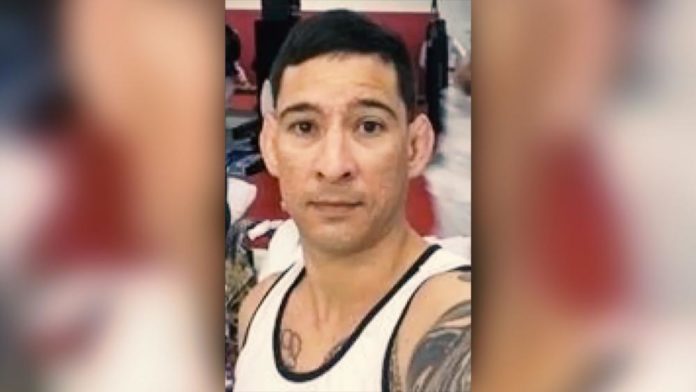 Ikaika Erik Kang, 35, a Sergeant First Class in the U.S. Army formerly stationed at Schofield Barracks, was sentenced today to 25 years in prison for attempting to provide material support to the Islamic State (ISIS). Kang was sentenced to 240 months on Counts 2, 3 and 4 to run concurrently, and 60 months on Count 1, to run consecutively, for a total of 300 months in prison. As part of his sentence, Kang will serve 20 years of supervised release following his incarceration.

According to court documents and information presented in court, Kang became sympathetic to ISIS by at least early 2016. He regularly watched ISIS propaganda videos online, for as long as four to five hours a day, or more. Kang made numerous statements in support of ISIS and expressed a desire to join ISIS. He spoke approvingly and in detail about committing specific acts of violence against others, including by attacking large public gatherings, such as the Honolulu Christmas Parade, and a parade at Schofield Barracks. At the time Kang made these statements, he owned an AR-15-style assault rifle and a pistol, both of which he kept at his residence on Oahu.

In late June and early July of 2018, Kang met numerous times with undercover FBI agents who he believed had connections to ISIS. He provided them with sensitive, non-public military documents, some of which were classified at the SECRET level, which he intended that they later provide to ISIS. He also provided them with a commercially-purchased small aerial drone, a military chest rig, and other military-style clothing and gear. Kang then met two additional undercover FBI personnel, one who purported to be a high-ranking ISIS leader, or “sheikh,” and another who played the role of an ISIS fighter. Kang led them in a two-hour, step-by-step military combatives training session, in order to train the purported ISIS member in hand-to-hand fighting techniques and marksmanship.

Kang was given numerous opportunities by the undercover agents to return the classified military documents, and to stop and leave the training, which he did not do. Instead, on July 8, 2017, Kang swore an oath of loyalty, known as “bayat,” to ISIS and its leader, Abu Bakr al-Baghdadi, in a ceremony conducted by the purported ISIS sheikh. After the ceremony, Kang said that he wanted to get his rifle and go to downtown Honolulu and Waikiki strip and start shooting. Kang was subsequently arrested and taken into custody.

At sentencing, Senior U.S. District Judge Susan Oki Mollway accepted a plea agreement between the United States and Kang, in which Kang had agreed to serve 25 years of imprisonment and a period of at least 20 years of supervised release and up to life. In imposing sentence, Judge Mollway said that Kang’s conduct was “extremely serious” and “had the potential to be disastrous.” She also noted that the undercover agents gave Kang “a number of chances to return the classified information and leave the training, but [he] didn’t do that.”

“Kang swore to defend the United States as a member of our military, but betrayed his country by swearing allegiance to ISIS and attempting to provide it material support,” said Assistant Attorney General Demers. “With the sentence imposed today, he is being held accountable for his betrayal and his crimes. I want to thank all of the agents, analysts and prosecutors who are responsible for this case.”

“Defending our country from terrorism is a core mission of the Department of Justice,” said U.S. Attorney Kenji Price. “Today’s sentence is the result of the hard work and dedication of all of the federal agents and prosecutors who work tirelessly every day to keep our community safe.”

“This is the first case in the State of Hawaii where someone was convicted for providing material support to terrorism,” said Special Agent in Charge Kaul. “This should serve as reminder that even though we are 2,500 miles from the U.S. Mainland these crimes can and do happen everywhere. I would like to personally thank the United States Attorney’s Office, the National Security Division’s Counterterrorism Section, the United States Army, the Naval Criminal Investigative Service, the Honolulu Police Department, and the entire Joint Terrorism Task Force Community here in Hawaii for bringing this investigation to a successful conclusion. Today, our community is a safer place due to their tireless efforts.”