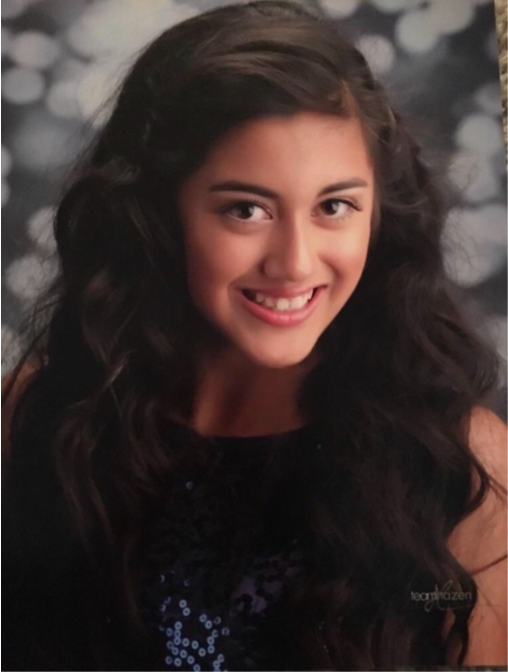 CARSON, California –Detectives from the Los Angeles County Sheriff’s Department’s Homicide Bureau are seeking the public’s assistance in locating Alora Benitez, a 15 year-old female Hispanic juvenile. Recent information discovered during the course of this investigation has revealed that Alora Benitez was last seen at 0900 hours in the city of Torrance. The juvenile was last seen leaving with her mother and an adult male in a White, 2013 BMW, 4-door sedan. The Nevada license plate is “MARIMAR.” Their direction of travel is currently unknown.

Alora Benitez’ mother and the adult male are murder suspects in an investigation of a male who was found dead in the front seat of a White Audi that was parked behind 400 Block of East Carson Plaza Drive in the city Carson on April 16, 2019. They are considered armed and dangerous. 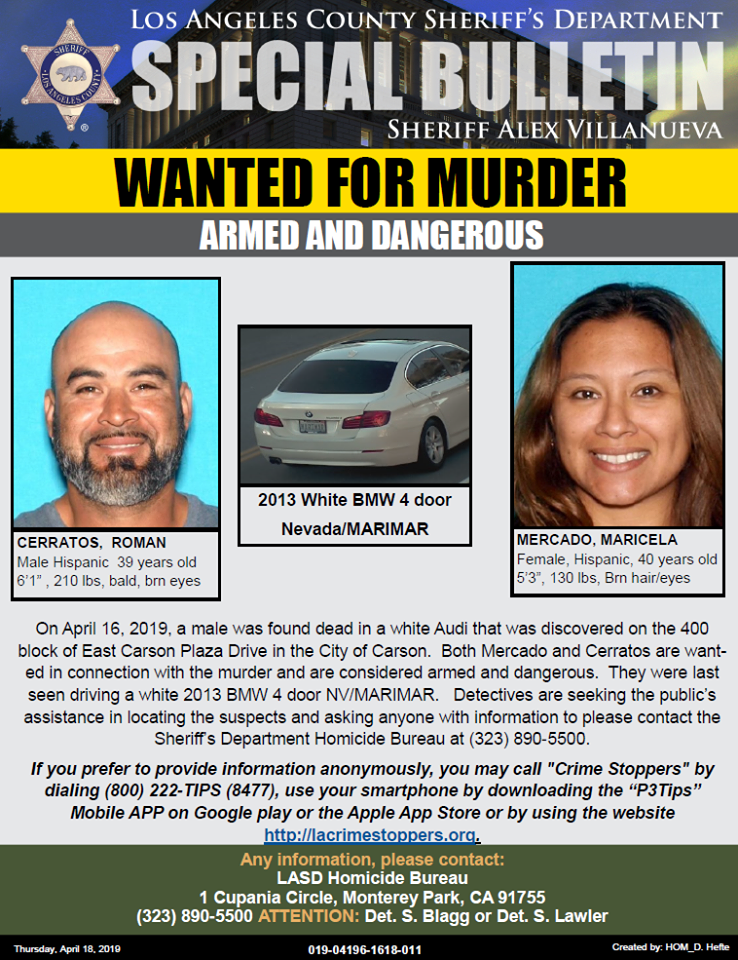 Her family is concerned for her safety.

Los Angeles County Homicide Bureau is requesting the public’s assistance in locating Alora and safely returning her to her family. Please do not take independent action, call 9-1-1 and alert local police or sheriff’s officials.