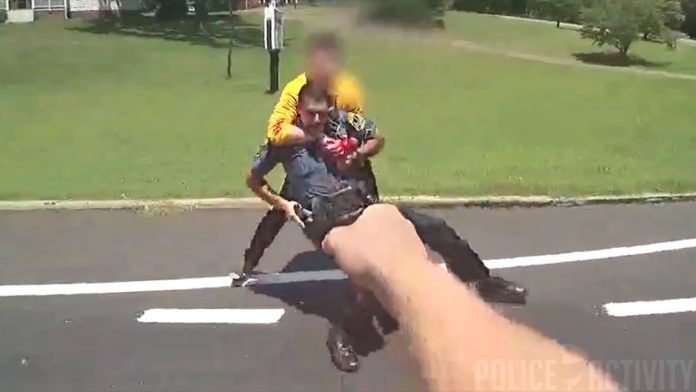 GEORGIA — On Monday, July 1, 2019, at approximately 12:45 PM, the Georgia Bureau of Investigation was requested by the Athens Clarke County Police Department (ACCPD) to investigate an officer involved shooting. Preliminary information indicates that 2 ACCPD officers responded to a scene after receiving a 911 call about a male, later identified as Aaron Hong, age 23, causing a disturbance with a butcher knife at the River Club Apartments on Macon Highway, Athens, GA. Hong was using the knife in an aggressive manner and appeared to be injured himself. When police made contact, Hong immediately confronted them and began to walk towards officers with the knife in hand.

During the incident, officers provided numerous verbal commands for Hong to drop the knife. Instead, Hong charged one of the officers with the knife and the officer fired his weapon multiple times, striking Hong. Hong managed to get back up and during the confrontation attempted to grab one of the officer’s weapons. The second officer fired at Hong multiple times, striking him. Nearby medics responded and Hong died at the scene. One officer sustained minor injuries and was treated on scene.