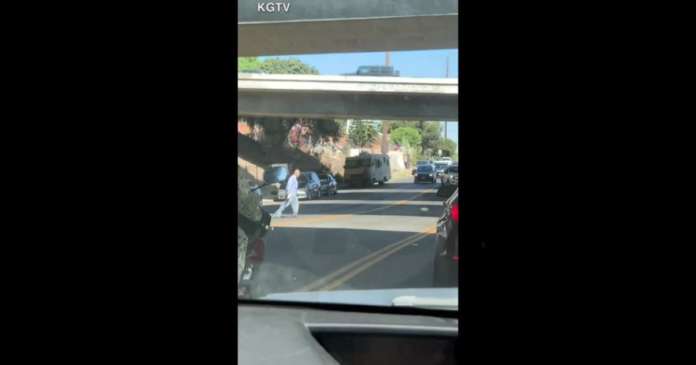 An officer was trying to contact a 30-year-old Hispanic male, later identified as Enrique Aguilar, at about 3:20 p.m. over what he believed to be a narcotics violation, according to San Diego Police Capt. Tom Underwood. Aguilar fled, prompting a foot pursuit in the area of 3400 National Avenue, police say.