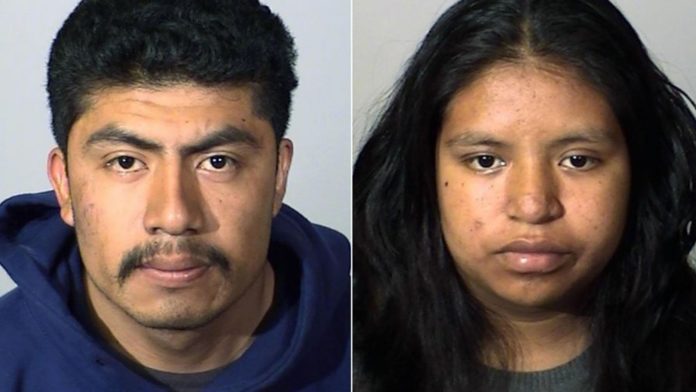 OXNARD, Calif. — On Friday, at 7:53 a.m., officers from the Oxnard Police Department responded to St. John’s Medical Center, 1600 N. Rose Ave, regarding a suspicious injury report. Officers arrived on scene and learned that a newborn infant was in critical condition with suspicious injuries.

Medical staff was notified that the infant was unresponsive and, despite the efforts of the medical team, the infant succumbed to his injuries.

Police said the mother told investigators that she did not want the baby and her boyfriend was not the father, according to the LA Times.

Torralba and Villa were both born in Mexico. Although, their citizenship status was not clear.

Andrea Torralba and David Villa were both arrested for assault on a child by means of force resulting in the child’s death, a Felony, and their bail has been set at $1,000,000.