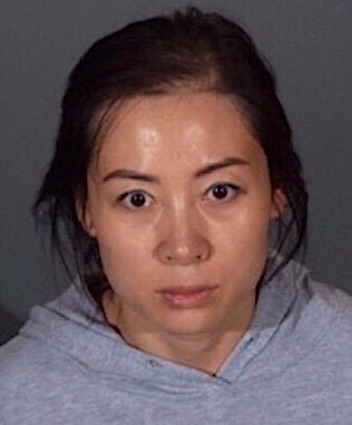 LOS ANGELES — A 39-year-old woman was charged today with the murder of her 2-year-old son.

Xa Dinh Ngo, a.k.a. Michelle Ngo, of Covina faces one count of murder with a special allegation that she personally used a deadly and dangerous weapon, a knife.

The LA Times reported: [Ngo was found] running in the middle of the street half-dressed and with blood spattered on her body in the 300 block of North 2nd Avenue, said Sgt. David Rodriguez, a spokesman for the Covina Police Department.

The woman wouldn’t give officers information about who she was or where she lived, but she made statements that led police to think there was a victim. She tried to flee but was detained and taken to a hospital for a psychiatric evaluation, police said.

Officers later discovered where she lived and went to the home—where they observed a  fire in a bedroom. Officers rushed inside and found the boy deceased.

Bail is requested at $2 million. Ngo faces a possible maximum sentence of 26-years-to-life in state prison.

Deputy District Attorney Leslie Bouvier is assigned to the case.

The case remains under investigation by the Covina Police Department.