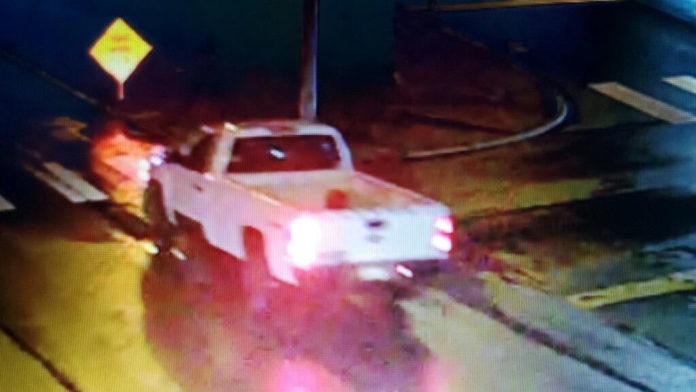 PITTSBURGH, PA – An elderly man who is suspected of detonating explosions this past weekend in Pittsburgh has turned himself into police.

Police had already identified and were closing in on the suspect, who is believed to be in his 80s.

Bombing suspect is identified as Charles Baker of Lawrenceville. Turned himself in last night. He is being held at Allegheny County Jail awaiting arraignment on federal charges. @KDKA pic.twitter.com/Ztq3Z5wjsr

The first incident that occurred in the 3600 block of Penn Avenue just after 9 p.m. involved an Improvised Explosive Device (IED). A parked vehicle sustained damage to its undercarriage as a result of the blast.

In the second incident, in the 200 block of Dinwiddie Street, the Bomb Squad responded to reports of an explosion just after 10:30 p.m. There were no reports of injuries or damage.

Police are searching for the truck below in connection with an IED thrown at a parked car in the 3600 block of Penn Ave. just after 9 p.m.

They are also investigating reports of an explosion in the 200 block of Dinwiddie Street just after 10:30 p.m.

According to KDKA, investigators believe the same suspect was responsible for blowing up portable toilets in November. Watch the video report below.

Pittsburgh Police are working with the FBI and the ATF. A motive for the crimes remain unclear.