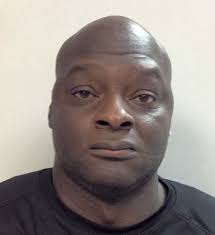 After a three-week trial, a federal jury in Burlington, Vermont, found Brian Folks, 44, guilty of 13 federal felonies arising from his operation of a violent sex and drug trafficking enterprise that sold heroin and forced young, drug-addicted women to prostitute throughout the greater Burlington area.

“Brian Folks used violent means to force young women suffering from opioid addictions to perform commercial sex acts, causing them immeasurable harm, and he contributed to the destruction of multiple lives by selling opioids to our communities,” said Assistant Attorney General Eric Dreiband. “Human traffickers are exploiting the opioid epidemic with increasing frequency. Their depraved conduct, like this defendant’s, will not be tolerated, and the Department of Justice will continue its vigorous efforts to hold them accountable, bring justice to their victims, and prevent them from harming others.”

“This conviction represents a total vindication for victims of human trafficking, who bravely told their stories of abuse and degradation at the hands of Folks,” said U.S. Attorney Christina E. Nolan for the District of Vermont. “Folks is a merciless predator, who targeted vulnerable young addicted women. We are grateful that a Vermont jury has served up justice. We hope that this conviction will help the countless other victims of human trafficking find their voices and come forward to seek help and services. We will never stop looking for them, connecting them with recovery services, and seeking convictions and stiff penalties for those who would commit this most heinous of crimes. I commend the collaboration of federal and local law enforcement officers who tirelessly pursued Folks, showing compassion and support for the victims and a recognition that combatting human trafficking is a crucial component of our anti-drug campaign.”

“DEA will aggressively pursue individuals like Mr. Folks who distribute heroin in order to profit and destroy people’s lives,” said DEA Special Agent in Charge Brian D. Boyle. “Today’s verdict not only holds Mr. Folks accountable for his crimes but serves as a warning to those traffickers who are fueling the opioid epidemic.”

Evidence presented at trial, including the testimony of victims, established that, between June 2012 and March 2016, Brian Folks targeted young, vulnerable women in the Burlington area. Most had experienced past trauma related to physical and sexual abuse as children growing up in broken homes. By the time they encountered Folks, most were addicted to drugs and homeless. Folks identified their weaknesses, recruited them, and then forced them to perform commercial sex acts for his profit. If they refused or otherwise “violated” one of his many strict rules, he inflicted serious consequences. He beat them, often in front of other victims, creating a climate of fear, and he sexually assaulted them. He withheld heroin from them, causing them to suffer painful physical and mental withdrawal symptoms. He also videotaped them performing explicit and humiliating sex acts on him, with him, and for him and threatened to expose those videos to the public. Evidence showed that Folks maintained a digital library containing thousands of photographs and videos of the victims. Among the defendant’s victims was a 17-year-old, who suffered from heroin-addiction and who is now deceased. The defendant recruited her to prostitute, photographed her, and advertised her online for prostitution. He then created and published a video on Facebook in which he denounced her as a “promiscuous addict.”

The evidence further established that Folks conspired with two co-defendants to sell heroin and cocaine base throughout the greater Burlington area. Folks’ drug trafficking enterprise was an integral part of his sex trafficking enterprise, and vice versa. He used his access to drugs to identify and target susceptible victims. At first, he promised to split any prostitution proceeds with them, but then he took the remainder in exchange for drugs. As a result, Folks took all of the proceeds and kept the victims under control and dependent on him. He also used the victims to carry out parts of his drug operation. For example, he had them bag the drugs, including heroin and cocaine base, for individual sales and then sell the drugs to buyers through hand-to-hand exchanges. As part of his drug trafficking emperies, he resorted to physical and sexual violence to control the victims and ensure maximum drug profits.